Wallenius Wilhelmsen has decided to reactivate up to 9 of its 16 vessels that are currently in cold layup, reads the website.

Reactivation of vessels during Q1 2021

Plans are in place to reactivate these vessels during the first quarter of the year, the company said, to replace capacity currently sourced through short-term charters.

Citing overcapacity in its fleet, Wallenius Wilhelmsen in 2020 reduced capacity and lower costs. This initially included placing seven ships into cold lay-up in Norway and three additional vessels in Malaysia. In June 2020, the line said it was also evaluating whether an additional 10 vessels could be laid up and later decided to lay-up six additional vessels.

In addition to the vessels that were placed into lay-up, they also recycled four older ships and redelivered seven vessels operating under charter to their owners.

It was the first time in 12 years, since the 2008 global financial crisis, that the company had placed vessels into cold lay-up. In total, they were operating 123 ro-ro vessels transporting vehicles before the onset of the pandemic.

Previously they had said it would require three to four weeks to restart a vessel that is in cold laid-up. The exact steps vary depending on the vessel type and how long it has been out of action.

Saying that the ships, which had had no crew living aboard during the lay-up period, needed to be prepared for people to live onboard it again, requires procuring stores for the crew such as food and fresh water.

The freezers, cold rooms, and lighting have to be started up and then they would turn to the equipment on the bridge, in the engine room, and cargo hold in the restart process.

The company cautioned that the pandemic continues to impact the markets, but based on the conditions in the charter market felt the restart was the most effective step for the business to continue to meet customer needs.

Also, they noted that later this year the line will also be taking delivery of the fourth and final newbuild in its HERO series. 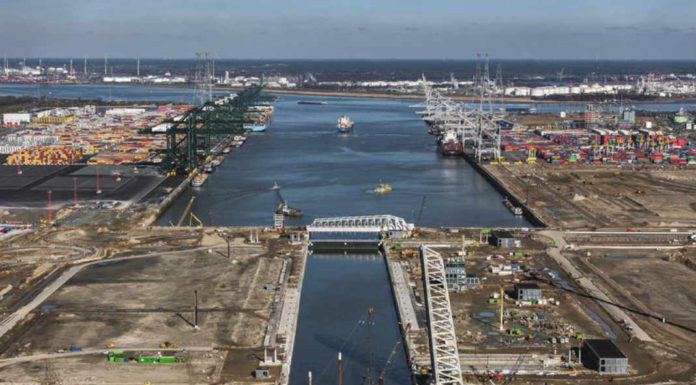 [Watch] Who You Calling Ugly? New Ship is a Floating Swiss Army Knife

2020 Fuel Surcharges Could be Reduced