In recent months, lobbyists have managed to convince some international ports to ban open loop scrubbers because of fears that the washwater discharge from marine scrubbers are harmful to the environment, but without presenting convincing, valid scientific evidence to back up the ban.

In January this year, Ian Adams of the Clean Shipping Alliance 2020 even labelled such allegations as “fake news”.

As a company that represent technologies scientifically developed and documented, we hope that the international community and shipping industry going forward will base scientific discussions on science instead of undocumented scaremongering. The latter could prove highly detrimental to both people’s health and our planet.

So, Svein Ole Strømmen, chief operating officer of Clean Marine, cited scientific data proving safety of scrubbers and argued that these systems are useful for the green future of shipping.

Historically, human activity, since the beginning of the industrial revolution, has released large amounts of fossilized sulphur causing acid rain over land, lakes and rivers. Acid rain has, however, not caused any problems to the marine environment. Seawater is naturally alkaline, which gives the seawater a substantial capacity to absorb and neutralize SO2.

This is one of the reasons why numerous independent scientific studies in recent years have all concluded that washwater from scrubbers do not harm the marine environment, including:

Upon being presented with the results and conclusions from the recent scientific studies, several ports have confirmed that they will revoke the ban on open loop scrubbers.

Sulphur not a problem

However, despite the overwhelming scientific evidence, some ports are still concerned about the sulphur that the scrubber washwater release into the ocean.

Their concerns are unfounded. Firstly, all the scientific studies mentioned above prove that the sulphur emission levels from scrubber washwater do not cause any harm to the marine environment. Secondly, people need to understand that sulphur in the form of sulphate is a natural constituent of seawater and therefore not harmful to sea.

A study published by Nyman and Tokerud in 1991, illustrates the latter point by explaining: “If the sulphur in the sea were spread out as an even layer, the total ocean area of the world would be covered by a 5-foot thick (1,5 metre) layer of elementary sulphur. If all the sulphur in all the known oil and coal reserves were added to this layer, the thickness would only increase by the thickness of a sheet of paper” (see illustration). 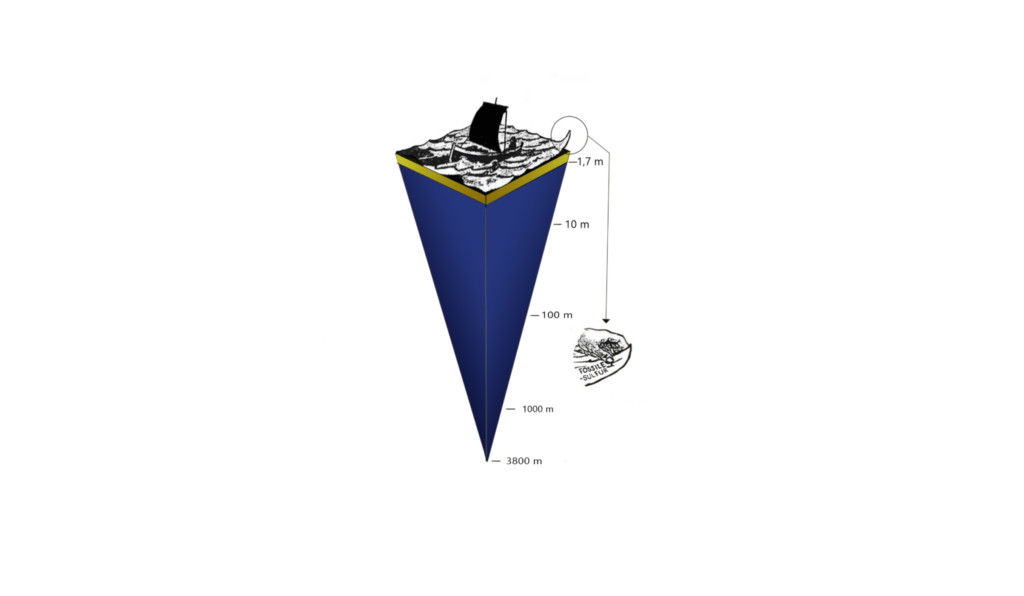 It is also worth noting that utilising seawater scrubbing to remove sulphur-dioxide is not new. For decades, seawater scrubbing has been used to remove Sulphur-dioxide from flue gas, power stations and other industries such refineries and aluminium smelters around the globe. Please also remember that all these land-based installations have been through a detailed permitting process taking local conditions into consideration. This includes thorough evaluation of influence to the local marine environment by the discharged washwater from pH, sulphates, trace metals and PAH.

Today, seawater scrubbers are approved and in operation in numerous countries around the globe, including the UK, Spain, Norway, UAE, China, India, Taiwan, Indonesia. These local discharges does not cause negative impact on the local marine environment, but are all accepted by the local environmental agencies, who base their decisions on science and long-term surveys that prove that this is environmentally safe.

Discharges from marine installations onboard vessels will constitute far less local stress on the marine environment because of the shear fact that the discharge is indeed moving with the vessel. There is thus nothing that indicates that a relative moderate introduction of seawater scrubbers in the marine industry will represent any significant added stress to the marine environment – locally or globally.

Scrubbers Not A Cheat Device

The shipping industry needs scrubbers – and so does the environment.

Mfame Team - April 16, 2018
0
See how an Oily Water Separator works and understand how to properly use the Oil Record Book when managing bilge water. Disclaimer: This video is...
Powered by Pojo Software Pvt.Ltd
This website uses cookies to improve your experience. We'll assume you're ok with this, but you can opt-out if you wish.Accept Read More
Privacy & Cookies Policy
Necessary Always Enabled