A “ghost ship” optical illusion was created by none other than Mother Nature herself, reports finance.

Floating In The Sky

A large container ship looked as though it was floating in the sky off the coast of Kent in the United Kingdom. The vessel appeared to be hovering about the water but it was just a trick of the eye.

“We were just out for an Easter Sunday walk off Long Rock and there was the floating ship. Lots of people were stopping to look at it,” onlooker Charlotte Cornell told Kent Online. “It’s a bit of a weather phenomenon that doesn’t happen too often and used to scare sailors in the olden days.”

The rare phenomenon is known as a Fata Morgana or “superior image.”

“A Fata Morgana occurs because rays of light are bent when they pass through air layers of different temperatures in a steep thermal inversion where an atmospheric duct has formed,” AccuWeather lead international forecaster Jason Nicholls said.

About The Optical Illusion

This mirage is caused by temperature inversion. Cold air is denser than warm air which rises. When the cold air is closer to the water’s surface, with warm air layered on top, light bends toward the eyes of those watching in the distance. If the object is below the horizon line, like the container ship, it will appear as though it’s hovering. But if it’s above the horizon line it will look duplicated and distorted.

While a Fata Morgana can appear anywhere, they’re most common at sea because the water creates the essential conditions. The optical illusion is more typical in polar regions and around the Great Lakes in the U.S. 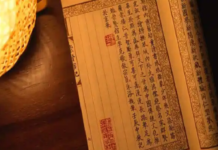