Construction on the second cruise ship made in China officially started on Monday, August 8, as a result of the country’s shipbuilding sector mastering key technology for manufacturing and designing cruise ships as reported by Marine insight.

The first locally made cruise ship’s interior/outfitting project is underway and on track.

At SWS/Shanghai Waigaoqiao Shipbuilding Co., the second unit’s formal steel-cutting ceremony was held (a 1999-founded shipbuilding firm). The launch of the vessel’s construction was accomplished by the occasion.

Tian believed that because the cruise industry chain was so extensive, industrial advancements will raise the bar for the current service sector and strengthen the marine economy. According to Zhou Qi, vice general manager of Shanghai Waigaoqiao Shipbuilding, a division of CSSC-China State Shipbuilding Corporation, the largest shipbuilder in the world, the second ship would not be a replica of the first.

The second cruise ship is anticipated to become a more environmentally friendly floating metropolis in the future by satisfying the international criteria for emissions. According to Zhou, it’s also likely to give visitors a better experience with high levels of safety and comfort.

With the option to build a further four new ships, CSSC secured a contract with Carnival Corporation, the largest cruise ship owner in the world, and Italian shipbuilder Fincantieri to construct two liners. The agreement was signed during the first-ever China International Import Expo in 2018.

The advanced technological updates, known as Service Power Packages, will be implemented across the company’s global fleet to increase energy savings and decrease fuel usage. 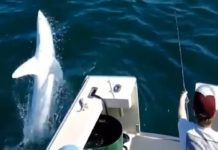