In the midst of a storm, an eerie ghost ship grounded on a Cambodian beach.

On the evening of July 12, as waves crashed against the Cambodian coast near Koh Tang island, the abandoned vessel was discovered ashore after being carried ashore by heavy winds.

Authorities combed the beach for evidence of its passengers the following morning, but they were unsuccessful.

However, only 50 metres away from the wreckage, three life jackets were left on rocks.

Because of the choppy waters, officials still haven’t been allowed to board the still-unidentified ship.

While the weather calms down, it was left on the shore. 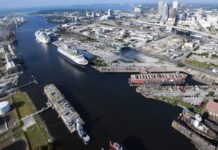 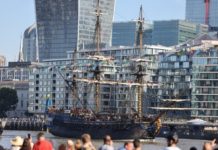 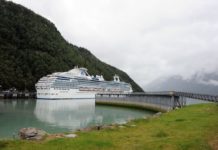