There’s a giant crack in Antarctica’s Larsen C ice shelf that’s growing at an alarming rate. Now, scientists think they have the answer, and it points to a much bigger problem.

Before 2014, the giant crack was anything but. It barely moved from 2006 to 2014. A new study, published in Geophysical Research Letters, proposes the reason is a special type of ice called suture zones.

Suture zones are made up of a mixture between sea water and different glacial ice. That mixture makes it resilient to cracks and fractures, which is why a 3-mile-wide suture zone in the Larsen C ice shelf has been keeping cracks from moving very far for decades.

A single crack finally punched through in 2014, and it has been easily racing across the rest of the ice shelf ever since. The bigger problem is the other dozen or so fractures in the ice that could still break through.

There’s no telling if or when they might happen. 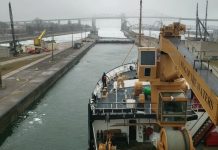 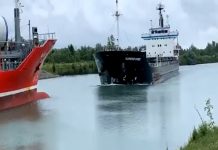