Royal Caribbean International has published a new film detailing the development of the 175-metric-ton sphere that will be displayed onboard Icon of the Seas, which has yet to be disclosed.

The new class LNG-powered cruise ship is presently being built, and many aspects of it, including this mysterious spherical, are yet unknown as reported by Cruise Hive.

Icon of the Seas Construction Update

The highly anticipated new ship, slated to debut in fall 2023, is currently under construction at the Meyer Turku shipyard in southern Finland, and one of its most mysterious elements – the sphere – has made progress and been moved onto the ship’s deck.

Little is known about the sphere, but some key details of its structure have been released.

Its outer shell is comprised of 578 aluminium panels, while the interior is lined with nine miles of power and lighting cables and 1,323 feet (400 meters) of air conditioning ductwork.

To move the sphere from its construction warehouse to be mounted on the ship, the entire structure was covered with fire retardant cloth and thermal wool, indicating some delicacy to its components.

A total of 45,000 hours of labour have gone into the sphere so far – and we don’t even know what it is yet.

What We Do Know About Icon of the Seas

While no official statement has been made concerning the sphere, certain intriguing elements about the Icon of the Seas have been confirmed. The new class of ships will be larger than the Oasis-class ships, though no exact figures have been released.

The largest Oasis-class vessel to date is the Wonder of the Seas, which at 236,857 gross tonnes is the world’s largest cruise ship.

Icon of the Seas’ physical construction began in June 2021 with her ceremonial steel cutting as separate blocks were made, and the ship’s keel was laid only last month, another key milestone that puts the new ship on track for a fall 2023 launch.

What Is the Sphere?

Royal Caribbean International has given no hints as to what the sphere might be, but since it was first noticed in December 2021, the discussion has been rife on social media and cruise fan sites about what the sphere’s ultimate purpose might be.

The sphere might become a new immersive entertainment venue, complete with large LED screens and other technical elements to provide an unforgettable experience. A close examination of the first few seconds of the new footage reveals what appears to be tiered seating inside the sphere, although the specifics are unknown.

Other creative ideas about the purpose of the sphere include:

The sphere was initially thought to be a tank for storing the liquefied natural gas that will power the ship, but further revelations have revealed the LNG tanks, which are oblong in shape.

Furthermore, the cruise company would be much more likely to hint at great and unexpected guest features than to offer clever teases about a fuel tank.

Two enormous, circular, ground-level holes on either side of the sphere rule out the possibility of it being a fuel tank or other container. 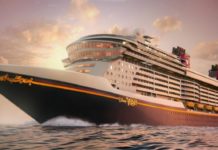 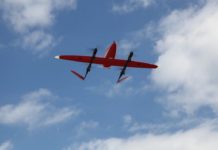 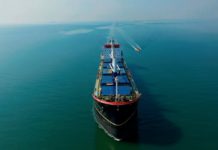