We’ve seen images and video footage of the wreck since it was discovered in the mid 1980s. That includes the footage shot by director James Cameron in 1995 for sequences featured in his blockbuster 1997 film, since Cameron couldn’t get the high-quality footage he needed for a feature film. A private company called OceanGate Expeditions has released a one-minute video showcasing the first 8k video footage of the wreck of the Titanic, showing some of its features in new, vivid detail, reports ars TECBICIA.

Now a private company called OceanGate Expeditions has released a one-minute video showcasing the first 8k video footage of the wreck of the Titanic, showing some of its features in new, vivid detail. One can make out the name of the anchor manufacturer (Noah Hingley & Sons Ltd.) for instance, and the footage also gives us a better look at the bow, hull number one, the number-one cargo hold, solid bronze capstans, and one of the single-ended boilers. The video has already racked up nearly 3 million views on YouTube, even though the average TV or computer screen has much lower resolution than the 8K footage.

The footage was shot during the company’s 2022 descent, with guests forking over $250,000 apiece for a seat on the submersible. “No public entity is going to fund going back to the Titanic,” OceanGate President Stockton Rush told The New York Times in defense of the steep price tag for what is essentially deep-sea tourism. “There are other sites that are newer and probably of greater scientific value.”

Doom of the unbreakable

As the lower compartments of the ship filled with water and the crew rushed to evacuate as many passengers as possible into the limited number of lifeboats before the ship sank, the wireless telegraph operator sent out a series of increasingly frantic Morse Code messages, including what has become the world’s best-known distress signal: dot dot dot dash dash dash dot dot dot (SOS). More than 1,500 passengers and crew perished; only around 710 of those on board survived.

Titanic remained undiscovered at the bottom of the Atlantic Ocean until an expedition led by Jean-Louis Michel and Robert Ballard reached the wreck on September 1, 1985. The ship split apart as it sank, with the bow and stern sections lying roughly one-third of a mile apart. The bow proved to be surprisingly intact, while the stern showed severe structural damage, likely flattened from the impact as it hit the ocean floor. There is a debris field spanning a 5-by-3-mile area, filled with furniture fragments, dinnerware, shoes and boots, and other personal items.

Since its discovery, the wreck has been deteriorating badly, and not just from accidental damage by salvage operations. (A company called RMS Titanic Inc. apparently destroyed the ship’s crow’s nest when it retrieved Titanic’s bell, and a two-person submersible crashed into the wreck in 2019.) Deterioration is also due to iron-munching bacteria feasting on the ship’s hull.

While it’s always awe-inspiring to see the famous wreck, especially with such clarity, there aren’t any real discoveries or surprises in the new 8K footage. “I don’t object to this kind of commercial exploitation because they’re not touching or damaging the wreck,” Paul F. Johnston, curator of maritime history at the Smithsonian’s National Museum of American History, told The New York Times. “And it brings attention to the underwater world and to shipwrecks in general, but in my opinion, there’s not that much to be learned from Titanic that we don’t already know.” 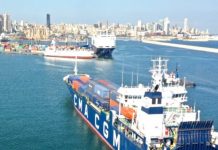 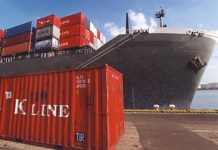 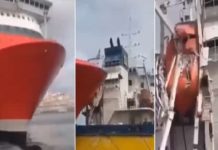 The Wreck Of SS Gairloch