Water – an elixir of life for most living organisms, is also an insidious contaminant when it comes to lubricants used in machinery.

Solid contaminants in a lubricant can be filtered out using fine filters whereas water is far more dangerous as it is not easy to eliminate it. It is often overlooked as the primary cause of component failure.

Settling & draining lubricant in-service tank does not mean you have eliminated all water in it. Here is my little piece of information for you to consider knowing the mechanism of water ingress.

Water in lubricants can exist in three different forms.

First state: Dissolved water – is characterized by individual water molecules dispersed throughout the oil. Dissolved water in a lubricating oil can be compared to moisture in the air on a humid day – we know the water is there, but because it is dispersed molecule-by-molecule, it is too small to see. For this reason, an oil can contain a significant concentration of dissolved water with no visible indication of its presence.

Thus, when draining hydraulic in-service tanks, be informed that you are draining only free water and not dissolved water. For a typical hydraulic system, the storage tank capacity could be 10.0 m3 in capacity and in-service tanks (sometimes called as expansion tanks or day tanks) can range from 1.0 to 2.0 m3. An estimate based on industrial machines states that the dissolved water can range from 0.05% to 0.1% depending upon temperature and age of the oil.

Age of the oil?

Yes – Aged oils can hold 4 to 5 times more dissolved water than that of new oil.

As the dissolved water % increases – the lubricant becomes saturated with enough water molecules that it cannot hold anymore. At this point, the water is suspended in the oil in microscopic droplets known as an emulsion. Have you ever observed a fog on a cool spring day? This formation of the emulsion is similar to it. In a lubricating oil, this “fog” is often referred to as haze with the oil said to be cloudy or hazy.

More water ingress on top of this emulsified oil/water mixture will lead to a separation of the two phases producing a layer of free water as well as free and/or emulsified oil. Does this resemble the mechanism of rain – where the amount of moisture in the air becomes heavy & excessive?

With the above mechanism explained, I am sure what we drain from any hydraulic system’s day tank is just the visible free water – which is unfortunately THE LAST part of water ingress mechanism. Even more unfortunate thing is that the laboratories test water % based on “Crackle or bubble count method”.

In this test, a hot plate is held at 110°C – 130°C and a small drop of oil placed in the center. Any moisture present in the oil is reflected in the number of bubbles observed as the water vaporizes. Depending on the lubricant, relatively few small bubbles indicate approximately 0.05 to 0.1% water. Significantly more bubbles of a larger size may indicate around 0.1 to 0.2% water, while an audible crackling sound indicates moisture levels in excess of 0.2 or 0.5%.

Thus, most lubricants testing lab report water % – whether it is less than 0.05% or more and not the exact value – and to determine the exact water %. 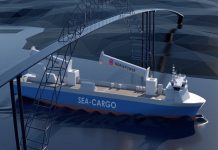 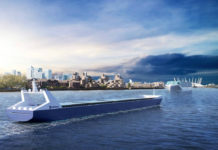 First ‘Driverless Ships’ To Be Available By 2023