The Capesize market fared little better this week to begin with. However, by Friday green shoots were beginning to emerge as the 5TC saw a low of $13,596 yet closed at $15,460. The Atlantic basin remains the Achilles heel of the market with poor levels of cargoes to tonnage available as the transatlantic C8 settled weeks end at $12,200.

The transpacific C10 put up slightly more resistance, although activity in the region was largely underwhelming as the route closed at $16,275. Fuel prices continue to play a large role in the value of voyage rates with traders needing to keep a close eye on movements. In a rare occurrence, Rotterdam and Singapore bunker prices were seen to switch premium and discount positions.

This is possibly very telling of the energy concerns in Europe. Voyage rates for West Australia to China C5 closed at $10.641, while the Brazil to Tubarao C3 closed at $26.20. With smaller sizes still commanding a substantial premium to the Capesize sector, larger vessels are still heard to be considering the smaller cargo stems to keep activity ticking over.

An underwhelming return for the Panamax market this week with all routes under pressure. A distinct lack of demand in the North Atlantic aided a drift in rates. Further south there returned limited support for the longer grain transatlantic rounds.

Early in the week, an 81,000-dwt delivery Jorf Lasfar achieved $32,500 via North Coast South America redelivery Skaw-Gibraltar. However, the rate was pegged back to closer to $27,000 by Friday. Asia disappointed too with continued pressure building.

Despite a midweek surge in Indonesian coal demand, this failed to impact a market saturated by early tonnage and a lack of demand on the longer round trips. An 82,000-dwt delivery Japan agreed $29,500 for an iron ore trip via South Australia redelivery Singapore-Japan. Meanwhile, a 79,000-dwt delivery Malaysia achieved $27,000 for an Indonesia to China coal run.

Period activity remained limited although an 82,000-dwt delivery China fixed $32,500 for a four to six-month period.

The recent strength within the Asian arena was eroded during the week as enquiry levels from key areas like Indonesia dipped, which lead to a plentiful supply of prompt tonnage. The Atlantic was regarded by many as positional with key areas such as the US Gulf lacking fresh enquiry going forward.

Asia saw a reasonable demand for backhaul cargoes but towards the end of the week rates eased. A 63,000-dwt open Japan fixed a steels requirement to the Continent-Japan at $37,000. Further south, a 63,000-dwt open Kendari fixed a trip via Indonesia to India at $35,000. The BSI 10 TC weighted average finished the week at $30.301.

East Coast South America’s positive gains ended at a high of $50,065, after gaining $23,954 since 7 March, and brokers spoke of a rebalancing of tonnage to enquiry in the region.

In Asia, activity has been limited and sentiment much softer with big reductions on all routes. A 37,000-dwt fixed from Indonesia to China with an intended cargo of coal at high $20,000s. 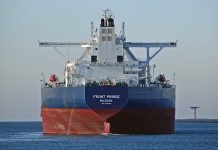 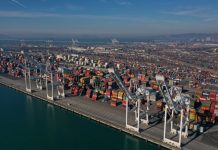