The capesize market this week continued its range-bound trading and managed to take a good hold of the situation.

While plenty of volatility remains, the Atlantic basin C8 and the Pacific Basin C10 remain largely unchanged on the previous week, trading in the $18,250 to $22,250 region.

On voyage routes the Brazil to China C3 looked to have the wind in its sails early on in the week, before early September pricing bore the brunt of the excess ballasters arriving at the end of August in Brazil.

The Pacific C5 voyage took a dip mid-week on poor activity but revived to close the week out at $8.432 – a slight drop on last week.

Stable sums up the capesize market at this stage with both sides lacking conviction. The usual northern Hemisphere summer period appears to be taking affect regardless of whether or not traders can leave the home for holidays.

A solid performance from the panamax market this week, with all routes posting gains, driven by the Atlantic. The timecharter average climbed $2,015 to close at $16,415.

The TA round voyage – and north Atlantic fronthaul routes – stood out in particular on a limited tonnage supply, with those willing to consider a fronthaul able to secure a decent premium.

Kamsarmaxes were offered north of $30,000 whilst an LME was said to have been bid $26,000 basis delivery Gibraltar twice on Thursday.

There were clouds on the horizon, however, with some brokers suggesting demand from the US Gulf for the first half of September remained scarce.

EC South America, after an active week, also appeared to have fewer enquiries for early September.

A more solid week for the BSI with many areas showing positive moves as enquiries increased.

The grain season from the east Mediterranean saw stronger rates being discussed.

Like the kamsarmax sector, better levels were seen from east coast south America for ultramax size with rumours that close to $15,000 plus $500,000 being covered for trips to the far east.

There was stronger demand in Asia, with a 58,000-dwt open Shanghai fixing trip via Australia redelivery Vietnam at $9,500.

Increased action from the Indian Ocean with supramax vessels fixing in the mid $12,000s plus $250,000 ballast bonus for trips from South Africa to China.

Iron or shipments from India to China saw an ultramax fixing delivery east coast India at $17,000.

The BHSI had a consecutive week of gains and reached this year’s peak, buoyed by a surge from the continent.

Brokers also saw a ray of hope for ships trading from the US Gulf, whilst the Pacific routes remained largely flat with sentiment remaining neutral. 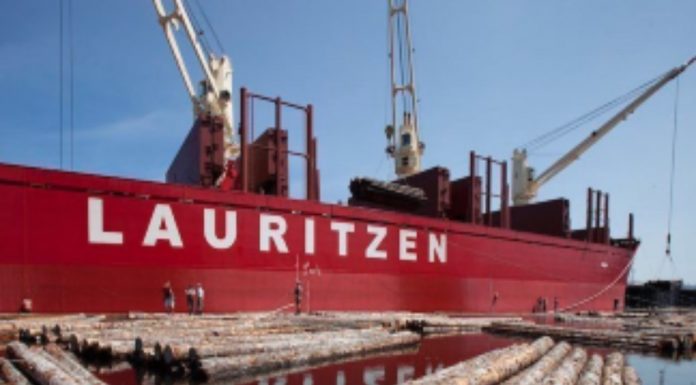 3 Bulkers Sold In A Month By Lauritzen