Brazil to China C3 trading activity saw numerous vessels snapped up and while the market anticipated a value lift, rates responded with indifference.

Strong tonnage flows met the demand and it was soon evident that sentiment was not confident of a push.

The Pacific basin provided little to support the market this week despite iron ore trading in excess of $120 a tonne.

All routes lost value going into the weekend seemingly in search of a new floor to rest.

The Atlantic basin has the potential to spark the market, but currently this region is looking barren. The basins are trading very close in value to one another with neither showing much potential for an end of third quarter push.

The panamax market gave up its recent gains, with the timecharter average shedding $1,496 on the week to close at $14,876.

The Atlantic routes were the main catalyst, as demand fell away on both the transatlantic round voyage, and the North Atlantic fronthaul, with the latter being established by the fixture of the Spring Progress (2016 82,055) to Noble on Thursday at $26,000 via the Baltic.

The physical market subsequently gapped down, with any remaining bid interest content to sit on the side lines for the time being.

The South Atlantic also saw values erode, with the P6 route dropping $935 to close at $13,865 on the week, as volumes for the first half September appeared limited.

Some brokers predicted a better second half September, premised on a tighter supply/demand dynamic.

A contrasting week for the BSI with routes from the Asian basin gaining ground whilst many routes from the Atlantic lost ground as the week progressed. There was however limited period activity: a 63,000-dwt open Indonesia fixing for one year at $11,250 and a supramax fixing 4-6 months from the Mediterranean with redelivery Atlantic at $15,000.

Demand remained from the Mediterranean, with a 55,000-dwt fixing delivery Egypt for a trip west Africa at $18,000. Other areas plateaued.

South America to the Far East

A scrubber fitted ultramax fixed in the mid $15,000s plus $550,000 ballast bonus for a trip from east coast South America to the Far East.

Healthy demand helped rates from the Indian Ocean with the ultramax size seeing rates in the $14,000s plus $400,000s ballast for a trip from South Africa to China.

More activity was seen for north Pacific round voyages with the ultramax size seeing in the $10,000s basis delivery South Korea-China area.

Further south, a 52,000-dwt open Philippines was fixed for trip via Indonesia redelivery south China in the mid $8,000s.

The same trend continued from last week whilst firm fixture activity from the Atlantic basin pushed both the weighted time charter average and the BHSI higher.

A 38,000-dwt delivery South Korea was fixed for a trip via US west coast to Chittagong with scrap cargo at $8,400. 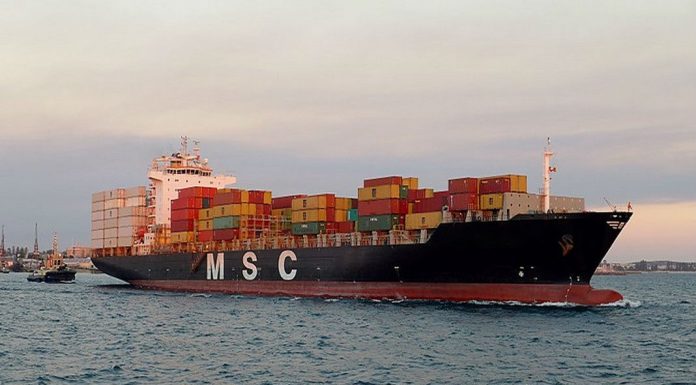 One for Future-Proof Design – All for Cleaner Shipping!

Inmarsat Gives A Gift of Free Connectivity To Seafarers