The Capesize sector spent the week trundling along the market floor as the last few day’s brief revival of rates was quickly wiped out, returning the 5TC back to $5-6k OPEX levels. On a more positive note, the Atlantic basin has begun to see a little more fixture activity with both Transatlantic and Fronthaul from Eastern Canada trades being heard.

This has helped to flatten off the downward momentum and may even lead to an uptick in rates with the tight tonnage levels in the area. The Transatlantic C8 closed up 689 to $3,411 to end the week. In the Pacific, the trade continues to price in the $5000-$10,000 range.

Flurries of fixing activity from miners are followed by their shops closing up for several days, leading the market silence to become deafening. The Transpacific closed down -27 to $7150 to end the week. There are some who still retain a little optimism in the market for a substantial bump in values yet they are few and far between. Q3 has been a disaster quarter for Capesize vessels and we can all only hope a traditional Q4 lift is around the corner.

Following successive weeks of a dire market for players, some impressive gains were made in the Panamax market as the grain markets in both EC South America and NoPac came alive. The Atlantic began the week slowly.

However, by midweek a tight tonnage count for end September/early October arrivals in the South gave rise not just to the fronthaul trips, but also Transatlantic trips with Mediterranean positions getting hit at close to their offers.

Ships delaying from last week’s typhoon, accompanied by a NoPac grain frenzy, lent support to tonnage in the north. There was talk at the end of the week of over $20,000 being achieved for a NoPac round.

A mixed week overall with a lack of fresh enquiry in the Atlantic and limited support in the Asian arena. As the week closed there was a a widening gap between Owners and Charterers expectation in Asia. Period activity remained subdued but a 58,000-dwt open Japan fixed for one year’s trading at $18,000. From the Atlantic it was a relatively slow week.

With a rejuvenation in East Coast South America, the fortune of the BHSI changed and positivity returned for the first time in weeks. Brokers spoke of more enquiry and a lower draft in the River Plate being partially responsible. A 38,000-dwt was fixed for trip from Recalada to Ireland at $23,000. In Europe, there has remained a lack of visible activity, but a 38,000-dwt was fixed for a trip from the Continent to the US Gulf at $13,500. A 30,000-dwt, meanwhile, was rumoured to have fixed a trip from La Pallice to South East Africa at $13,500. 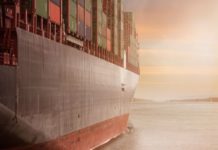