Protection Vessels International in their latest report highlighted the present maritime situation of the world. Here we are reporting on that report.

Robberies are commonly reported at Indonesian anchorages, particularly overnight when assailants take advantage of low visibility. Robbers are typically opportunistic and non-violent, although there is a precedent for robbers to use force in the region.

A crew member on watch aboard an anchored product tanker at Lagos Anchorage, Nigeria raised the alarm after he heard the outboard motor of an approaching until vessel. The boat moved away upon hearing the alarm.

Nigerian waters remain high risk for criminality. Crew and vessels are vulnerable to opportunist thieves at anchorage and more sophisticated kidnap for ransom attacks, which typically occur 10 – 150 nautical miles off Nigeria’s coastline. At Lagos, the creation of the Lagos Secure Anchorage Area (LSAA) has reduced the threat of piracy to vessels waiting to berth at Lagos, and criminal groups typically target vessels waiting outside the LSAA and at Lagos port complex where security is poor.

Authorities seized 363 kg of cocaine hidden inside orange oil barrels at Santos port. Authorities found the drugs during a selected cargo inspection with the aid of sniffer dogs in one of the port’s terminals. The narcotics were bound for Belgium, according to local authorities.

A group of about 20 truck drivers partially blocked access to Santos port during a protest in the early hours of 10 December. The protest was organised to denounce a Supreme Court ruling which suspended fines against transportations companies that failed to pay minimum fees to drivers. The fees were introduced by President Michel Temer in May to settle a dispute with the truck drivers during a highly disruptive strike that lasted 11 days. Social media reports indicate that the drivers are organising a nationwide large-scale protest on 20 January.

President Hassan Rouhani threatened that Iranian forces would close the Strait of Hormuz to oil vessels if the US prevents Iran from exporting oil. The threat comes amid the re-imposition of US sanctions on Iran over its nuclear programme. Rouhani made the same threat in July after the US announced its withdrawal from an international agreement with Iran.

The eastern Libyan oil ports of Es Sider, Ras Lanuf, Brega and Zueitina have been closed since 5 December due to bad weather, including high waves. Storage capacity is critically full at the Zawiya terminal which serves the Sharara oil field, which has forced a reduction in output at Libya’s largest oil field, Sharara. Several terminals were closed on 30 November-2 December due to bad weather and it was not immediately clear when authorities would reopen the terminals.

Police say they have thwarted terrorist plots with the arrest of seven individuals with suspected links to the Islamic State (IS) militant group and the Abu Sayyaf Group (ASG) across four states, the Straits Times newspaper reported. A police chief said the suspects, comprising five Malaysians and two Filipinos, were arrested in Kelantan, Sabah, Selangor, and Kedah, according to the newspaper. The arrests were reportedly made in various operations between 19 November and 28 November. The arrests come after eight suspected terrorists were arrested in a series of raids between 30 October and 12 November in Sabah and Putrajaya.

Due to ongoing blockage by Russian security forces of vessels passing through the Kerch Strait, the Ukrainian Azov Sea ports of Berdyansk and Mariupol have switched to a four-day working week, with reduced staff numbers. Infrastructure minister Volodymyr Omelyan stated on social media that the two ports’ freight traffic has nearly halved. On 25 November, Russia seized Ukrainian naval vessels and crew in the Kerch Strait and blocked Ukrainian vessels bound for Berdyansk and Mariupol from passing through the straight. Although freight traffic has since resumed, it remains curtailed and has not reached pre-crisis levels.

The US has begun preparations to deploy a warship to the Black Sea amid tensions following Russia’s seizure of Ukrainian naval vessels and personnel off Crimea on 25 November, CNN reported, citing unnamed US officials. The US military has reportedly asked the state department to notify Turkey of its potential plan to sail the warship into the Black Sea. Although the preparations mean that the US Navy has the option of deploying a warship, this does not mean that this option will be selected.

The Ras Al Khaimah criminal court convicted four sailors of smuggling 700 tonnes of petroleum product into the UAE. The court sentenced two sailors to jail for two years and two other sailors to jail for six months. The sailors were also ordered to pay a fine of USD 40,100. The charges come after Ras Al Khaimah coast guards saw a vessel supplying fuel to a fishing boat on an unconfirmed date.

Coastguards and lifeboat crew rescued six suspected migrants from a small vessel in the Channel’s Dover Strait, bringing them ashore at Dover, according to the BBC. Personnel were reportedly alerted to the presence of the migrants, thought to be from Iran, at 0330 hrs local time. The Home Office has not released further details about the incident. More than 100 migrants, most of them Iranian, apparently crossed the Channel from France in November.

Business performance relies on a good understanding of the environments in which you operate, invest, and travel. Information and targeted analysis provide companies with the necessary insights to ensure business continuity and the safety of their assets and staff. 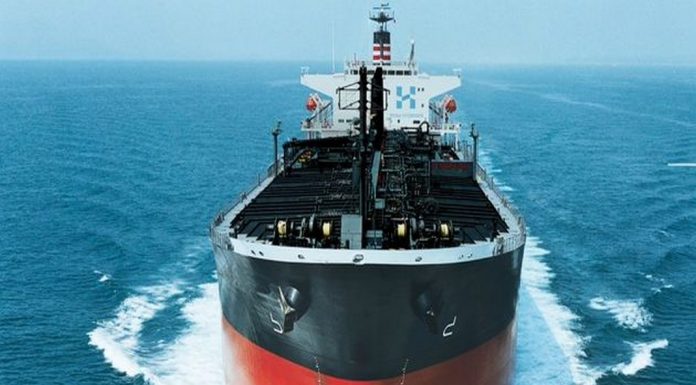 Will Biden’s Administration Make an Impact on U.S. Maritime Industry?