The Baltic Briefing has issued the tanker report for the 28th week of this year. The report dated 10th July 2020 provides a valuable insight into this week’s tanker market dealings, freight rates, and charter activities.

Rates were firm this week across the board in this sector.

In the Middle East Gulf, 280,000mt to USG via the Cape/Cape routing is assessed three points up at WS25.

In the Mediterranean market, weak sentiment from owners prevails with the market improving a mere 2.5 points to WS60 level for 80,000mt Ceyhan/Med.

In the Middle East Gulf, rates for 75,000mt to Japan have been under constant pressure with the market easing just over five points to WS65. The 55,000mt trade also saw a drift down from WS70 at the start of the week to be assessed now at barely WS61.5.

The 37,000mt UKC to USAC trade started the week at WS80. But relentless chipping away by charterers saw rates lose a further 10 points to WS 70.

It was again in the backhaul business from the US Gulf where owners were able to consolidate their previously modest gains.

The market nudged up a further three points with rates for 38,000mt to UKC now hovering around WS86.75 region.

It was another disappointing week for owners in the 30,000mt clean cross-Med with rates losing a further three points to settle at just above WS 85. 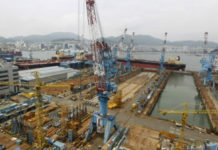 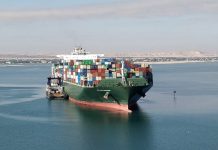 CMA CGM Starts SEAPRIORITY Express Service from China To US 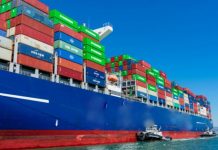 Java Plug-In Malware Alert To Be Issued By Oracle

Woman Goes Overboard on Voyage from Ireland To Florida

Jamaica Launches its Candidature for Election onto IMO Council