Baltic Exchange has issued the tanker report for the 34th week of this year. The report of 26th August 2022 provides valuable insight into this week’s tanker market dealings, freight rates, and charter activities.

MRs on the UK-Continent had a little flurry of activity midweek. For both runs Transatlantic and down to West Africa which overall held rates stable in the region. TC2 dropped an incremental WS4.45 points to WS229.72 and TC19 only lost a touch over one point to WS237.5.

In the US-Gulf the MRs looked to have reached a floor for the moment with TC14 currently sitting as WS150 and TC18 resting at WS220.

Handymax vessels, both in the Mediterranean and the Baltic, were chipped away again. Up in the Baltic TC9 lost 32.14 points to end up at WS467.86. In the Mediterranean the Cross-Med (TC6) suffered from enquiry remaining muted during the week, leading the index to be currently pegged at WS221.25 (-66.88).

VLCC rates have remained flat over the week across all regions compared to a relatively volatile market previously. For 270,000mt Middle East Gulf/China, the rate through the week was flat with only a marginal rise after initially dropping at the front end to WS79.64 and ending up at WS80.64 (a round-trip TCE of $37,270 per day). Meanwhile, in the Atlantic, West Africa/China, the initial fall in rates to around WS80.09 recovered ever so slightly finishing at WS80.86. 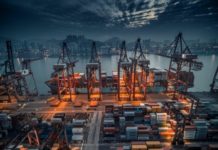