The failure of a weld ultimately led to a barge breaking loose from its mooring and heavily damaging a pier in November of last year, the National Transportation Safety Board concluded in its Marine Accident Brief on November 12, reported Waterways Journal.

On November 17, 2019, sometime before sunrise, a construction barge broke free from its mooring in stormy weather and drifted about two miles to the south before it contacted and damaged an entertainment pier and grounded on a beach just north of a fishing pier in Hampton, Va.

Emergency responders were notified but were unable to stop the barge’s continued movement down the beach where it ultimately contacted the James T. Wilson fishing pier.  The contact caused two of the pier’s 40-foot concrete spans to collapse.

Main cause of the accident

Investigators determined that a weld on the shackle that connected the barge to the mooring chain failed, allowing the barge to become adrift. The eight-page Marine Accident Brief 20-35 is available at https://go.usa.gov/x7Qjk.

NTSB accident reports in all modes of transportation can now be accessed through CAROL, the NTSB’s new accident investigation search tool: https://go.usa.gov/x7Rnj. 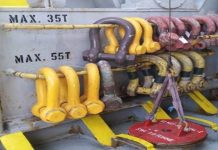 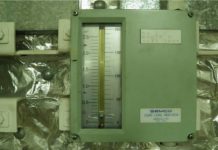 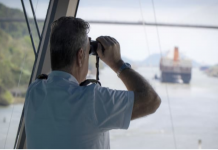