A naval auxiliary vessel was in harbour undergoing a maintenance period. The
purser, who was working in her cabin, heard a loud bang followed by the noise of the
lifeboat davit deploying on the adjacent upper deck.

The alarm was raised and the chief offcer, bosun and other duty personnel attended
the scene. The lifeboat davit was found to have partially deployed (see fgure) but with
no control input. It was apparent that the loud bang occurred when the lifeboat’s gripe
pins sheared. After ensuring that the lifeboat was safely held on its wire falls, the bosun
used the pendant operating controller (see figure) to return the davit and lifeboat to the
stowed position.

1. Hazard → A post-accident technical investigation established that the incident happened because of water ingress to the pendant operating controller, causing an electrical short that activated the ‘dead ship’ launch system. The water ingress into the electric pendant controller occurred because its cable gland and grommet had deteriorated over time, allowing water to pass along the cable into the controller’s housing.

The davits and lifeboats had recently passed a statutory inspection with no defects or operating failures reported. The davits were also subject to regular weekly and monthly onboard maintenance checks by the crew. However, similar deterioration of the other pendant controller on board was also found.

2. Maintain → Checks on electrical equipment, especially when permanently stored on the upper deck, need to be rigorous and any risk of water ingress eliminated. The pendant controllers were stowed on the davit arm when not in use, exposed to the environment with the consequent risk of degradation. Although not specifically mentioned in the maintenance instructions, such controllers should be examined for wear and tear as part of safety and maintenance routines. 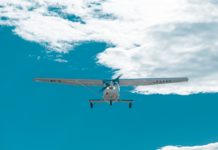 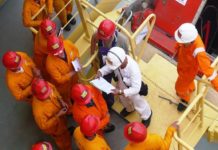