SART or Search and Rescue Transponder is extremely vital equipment on the ship as it performs the job of a signal-man.

It is a vital machine during distress for it helps in locating the position of the vessel in case it goes off-track.

The bright colour of SARTs enables their quick detection, whereas the combination of transmitter and receiver enables it to transmit as well as receive radio signals.

SART machines have been instrumental in rescuing several crafts and ships by reacting to the search signal sent from an X-band radar, typically of 9 GHz.  These signals are known as homing signals.

The response is usually displayed on radar screens as a sequence of dots on an X band-radar, which helps rescuers reach the vessels in time.

In case of a false activation, switch the SART off immediately. Transmit a DSC safety alert on VHF Channel 70. Transmit a safety broadcast by RT on VHF Channel 16 to all stations indicating your ID and position and that you wish to cancel your false alert which was transmitted in error.

The position and time synchronization of the AIS-SART is derived from a built-in GNSS receiver (e.g. GPS). Global Maritime Distress Safety System (GMDSS) installations include one or more search and rescue locating devices. These devices may be either an AIS-SART (AIS Search and Rescue Transmitter) or a radar-SART (Search and Rescue Transponder). 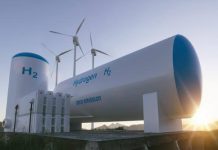