China’s economy is in the midst of a mid-year stumble.

That was confirmed Wednesday when data showed retail sales growth slumped in August and both industrial output and investment also slowed, says an article published in bloomberg.

The big question: Is this a hiccup for an otherwise healthy economic recovery, or is the unrelenting regulatory crackdown taking a toll?

The answer: It’s a bit of both.

Unlike Europe or the U.S., China is sticking to a Covid-zero strategy, meaning it grinds travel and other social activities to a halt as soon as a few virus cases emerge in a region. That’s exactly what it did last month, prompting a drop in things like dining out, and accounting for a large part of the retail slowdown. Another outbreak this month will continue to act as a brake on consumers. Assuming authorities successfully contain the latest infections, as they did with last month’s, then shoppers should open their wallets and diners should head out for meals again soon.

The other dynamic in play is more lasting. China is undergoing a regulatory shake up on everything from lay-about teens to giant internet platforms to excessive debt in the real estate sector. And there’s increasing evidence the property crackdown is beginning to drag on the economy.

Higher mortgage rates, tighter rules for home purchases, and measures to curtail excess borrowing by developers have all weighed on the market, while confidence in the sector has been shaken by a worsening cash crunch at China Evergrande Group.

“Markets so far have significantly underestimated the scale of growth slowdown,” said Lu Ting, chief China economist at Nomura. Authorities will stick to their approach of “short-term pains in order to seek long-term gains,” and will keep property curbs, he said.

With the real-estate industry fueling demand for everything from glass and steel used in construction to household goods and electronics that are snapped up to fill newly purchased apartments, a lengthy downturn would have implications for the global economy, not just China’s.

The fight over who should lead the Federal Reserve for the next four years is intensifying questions about whether the central bank is doing enough to help combat climate change.

Critics from the left have attacked Chair Jerome Powell for, among other things, acting too slowly to focus the Fed’s attention on the matter. In doubt is just what the central bank can achieve and whether the government should be doing more instead. 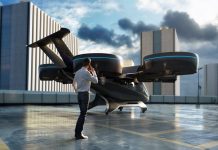 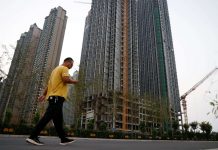