Jim Dukhovny, Alef’s chief executive and co-founder, argues most existing vehicles are not strictly flying cars in his opinion. “A flying car has to be a car, which means it can drive on a regular street, park in a regular parking space. And it also should have vertical take-off,” he said.

And Up It Goes!

The top surface of the Model A’s car-like exterior is a mesh so that air can pass through to eight propellers inside the body which provide lift. But flying any distance using these alone, without the assistance of wings, would require prohibitive amounts of power.

Alef’s proposed solution is novel – for longer flights the Model A transforms into a biplane. After a vertical lift-off, the Model A will turn onto its side, the two-person cockpit swivels so the driver remains facing forward, and the car becomes a biplane with the long sides of the vehicle forming the top and bottom wings.

“The design is right on the ragged edge of what physics and technology can do, which is where you would expect it to be,” says aeronautical engineer Professor Steve Wright of the University of the West of England. Alef says it has managed the transition to biplanes in “scaled flights” since 2018. And it has large prototypes capable of vertical flight – though they don’t yet resemble the polished appearance of the firm’s mock-ups and concepts.

Technical hurdles are only one obstacle to building highways in the sky busy with flying cars. The regulation and certification of flying cars is likely to be rigorous, time-consuming and expensive, as it is for any aircraft.

No Roads No problem

In the film Back to the Future, the character Doc Brown’s fusion-powered DeLorean car leaves the road and swoops into the air. “That isn’t how mass airborne transport is going to play out, which is a real shame. I really want my flying DeLorean as much as anybody does,” Prof Wright says.

Many companies are developing autonomous passenger drones. Recently Chinese firm Xpeng gave its first public demonstration of its X2 vehicle in Dubai. But Mr Dukhovny strongly believes that the idea of being able to drive and fly in the same vehicle is an attractive one. He says people have been waiting for a flying car for a 100 years. Alef’s ambitious goal is to start selling vehicles in 2025. 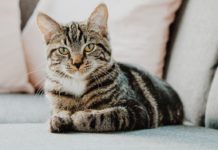 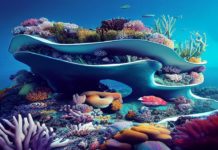