Central banks can’t be expected to save the world from climate change, says an article published in Reuters.

Who can save the world from climate change?

A new book by the Bank for International Settlement said, Central banks can’t be expected to save the world from climate change, urging instead global co-ordination ranging from government policy to financial regulation.

The book, titled “The Green Swan,” in a play on the idea of “black swan” events, warned of the potentially seismic effects of climate change on the world’s financial system.

Luiz Awazu Pereira Da Silva, one of the book’s main authors said, “I think we might be on the brink of observing something that might be behind the next systemic financial crisis.”

Urgency about global warming comes as rising sea levels put swathes of major cities and coastal areas at risk of flooding while brutal droughts make other parts of the world increasingly uninhabitable.

If the more extreme climate scenarios start to play out, central banks, having played a vital role in the financial crisis, might be asked to step in as the “climate rescuer of last resort”.

Pereira Da Silva cautioned, “there is no silver bullet. Central banks are not going to save the world again.”

In a forward to the book, the head of France’s national central bank, François Villeroy de Galhau, added that climate change needed to be part of all economic and forecasting models.

The book said current regulation based on capital requirements for banks won’t be able to mitigate the catastrophic effects of climate change on the financial system.

New policy mixes are needed instead, involving governments, central banks and prudential or capital requirements. But that would require unprecedented international coordination at a time, when the global framework for finance is “seriously compromised,” the book said.

Assessing the risks, therefore, requires a reset in the regulatory approach, which has already begun in the financial community with the development of forward-looking, scenario-based risk-management methodologies, the book said.

Some climate-economic models suggest up to a quarter of global GDP, currently around $80 trillion could be lost if no action is taken to reduce carbon dioxide emissions.

The concentration of CO2 in the world’s atmosphere is 415 parts per million (ppm), higher than ever before in human history, and far above the 270–280 ppm that had prevailed for millennia up to the Industrial Revolution.

Global warming has already increased average global temperatures by close to 1.1°C since the mid-19th century. Temperatures are currently rising 0.2°C per decade and average

The BIS book said, “Climate change can lead to stagflationary supply shocks that monetary policy may be unable to fully reverse.”

It also needs a co-ordinated response, which historically been hard to achieve. It’s known whether any actions would prove effective anyway.

The BIS book, which was also led by the Bank of France, said, “A new global financial crisis triggered by climate change would render central banks and financial supervisors powerless.”

“We cannot be the only game in town.” 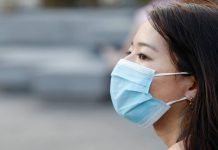 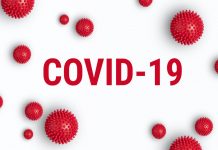