An axiom news source says that House lawmakers voted 364 to 60 on Wednesday night to pass the The Ocean Shipping Reform Act of 2021.

The bill could greatly reduce the practice of sending empty cargo boxes back to China, among other countries, and gives American exporters more opportunities to ship goods abroad.

Supply chain players in the U.S. have been calling on Congress and the White House to do more to alleviate shipping and transportation costs and wait times.

Ocean cargo carriers have been rejecting some U.S. exports since at least the fall of 2020, according to a CNBC investigation.

Thanks to increased U.S. demand for goods from abroad over the course of the pandemic, shippers can make more from containers coming onshore than leaving — incentivizing the imbalance.

The preference to take empty containers “back to Asia for a quick turn … has caused serious problems, not just conceptual — real dollars, real cents,” Rep. Dusty Johnson (R-S.D), a co-sponsor of the bill, said.

The legislation moves now to the Senate, which will consider its own version of the bill. 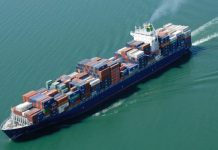