The biggest risk to Q2 container-shipping volume is not demand for goods, it’s transport supply.

Fallout from the Suez Canal accident will constrain vessel and container-equipment availability, leading to longer delays. By the end of this quarter, shoppers in America’s stores could find more bare shelves. Online shoppers could increasingly see the words “out of stock.”

“This reading is the lowest ever reported since the subindex was established in January 1997,” said Timothy Fiore, chairman of the ISM survey committee. “For eight months in a row, [the index] has been at historically low levels.

According to Amit Mehrotra, transportation analyst at Deutsche Bank, this falling index number “tells us there is additional runway for restocking demand as retailers shift away from just-in-time inventory.”

Mehrotra expects cargo volumes to be “stronger for longer” as a result of both inventory restocking and increased consumer confidence driven by vaccines and stimulus.

New retailer surveys at investment bank Evercore ISI paint a similarly bullish picture. As of Thursday, the Evercore retail sales survey index was at 67.5, up from an average of 47.1 in February. FrieghtWaves’ SONAR platform features a proprietary index of shippers’ ocean bookings. Bookings are measured on a 10-day-moving-average basis in terms of twenty-foot equivalent units (TEUs) as of the scheduled date of departure. On Friday, the index for China-U.S. bookings (SONAR: IOTI.CHNUSA) hit a record high.

The nationwide index for inbound cargoes from all countries (SONAR: IOTI.USA) reached its highest-ever level on Wednesday.

The index also tracks bookings seven days into the future. This forward view shows that a fresh all-time high is coming next week. The cargoes tracked by this data will not arrive at U.S. ports until late April or early May. In other words, as strained as ports are now, they face even greater pressure in the near future.

In California’s San Pedro Bay, off the ports of Los Angeles and Long Beach, there were 32 container ships at anchor on Thursday. That’s back up above the average of 30.5 container ships per day that have been at anchor since the beginning of the year.

Meanwhile, up in Northern California, ship-position data showed 14 ships at anchor off Oakland on Friday. Anchorage levels there have been in double digits since February. The Suez Canal accident is putting more pressure on an already strained global system. The number of ships waiting to transit the canal peaked last Monday, at 367.

About 80-90 ships have transited per day since the Ever Given was refloated, according to Leth Agencies. Prior to the accident, there were 52.7 per day (year to date).

But even as transits surge, more ships keep arriving. As of Saturday, there were still 156 ships at anchor awaiting passage through the Suez Canal. That’s about three times as many as normal.

After container ships transit the canal northbound, they head to Europe or the East Coast. “What’s going to happen is we’re definitely going to see bunching at European ports,” said Nathan Strang, global head of ocean freight at freight forwarder Flexport, during a webinar presented by Flexport on Wednesday. “Bunching” refers to too many ships arriving at once, creating congestion.

“There may be reduced time in port to try to recover those schedules. That’s going to lead to export cargo and equipment being left behind,” said Strang. He added that “there’s going to be delays for Europe and East Coast services.”

Strang also speculated that carriers could “blank” (cancel) sailings on other routes so they could switch more ships to Asia-Europe services to counteract the accident fallout. “Carriers may start blanking trans-Pacific and trans-Atlantic routes to recover on the more lucrative Far East [to Europe] route,” he said.

Anders Schulze, Flexport’s global head of ocean freight, predicted that the Suez Canal accident would lead to “a capacity reduction across the board, both in terms of vessel capacity and [container] equipment. There will be a domino effect in terms of vessels and equipment getting back to Asia.”

“The equipment situation was already somewhat critical,” said Schulze. “We were just seeing a light at the end of the tunnel with equipment availability and now this curveball will prolong the situation.”

Further compounding challenges for shippers, at least one carrier — Maersk — has temporarily halted short-term bookings in the wake of the Suez Canal accident. As of Friday, Maersk’s short-term bookings from Asia to both North Europe and North America remained suspended until further notice.

Add it all up — rising consumer demand, very low inventories, a halt to some bookings, voyage delays, vessel and container capacity curbed by Suez Canal fallout — and it’s a recipe for more bare shelves at American stores. 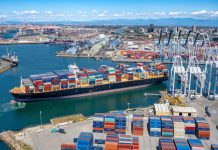 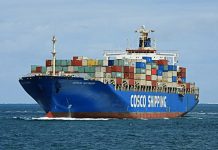 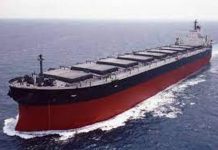