The prospect that publishers might walk away from ad tech vendors once seemed laughably remote. When it was mentioned at all it was mainly a negotiating tactic aimed at securing favorable commercial terms for publishers. Nowadays, there’s real intent whenever these moves are discussed, reports Digiday.

Look at Bloomberg Media, for instance. A few years ago it would’ve been unthinkable for a publisher like that to say bye-bye to the money it got from a content recommendation ad tech vendor, let alone openly talk about it. And yet that’s exactly what it did earlier this month. It told AdWeek that it ditched Taboola — the source of a lot of cash it got in exchange for letting ads redirect traffic away from its site.

“Recently, we’ve decided to take a major step in developing a modern digital experience that supports this ‘audience first’ mentality and creates an optimal environment for our trusted brand partners to reach the world’s most influential leaders,” wrote Bloomberg Media CEO Scott Havens in a blog post yesterday (Oct. 24). “We want to create a better ecosystem for our users. Reducing the volume of ads, and the number of ‘ad calls,’ will allow for easier consumption of content, and speed up our platforms.”

The rationale is straightforward enough: win and retain more subscribers by shielding audiences from the low quality ads companies like Taboola run on their site. Or rather, this is straightforward to certain publishers — the kind that aren’t so reliant on advertising that they have to partner with ad tech vendors against their better judgment. They are a rare breed, of course, but they are growing in number.

“On content recommendation vendors, we’ve built our own product for that,” said the digital director of a publisher in Europe, who spoke to Digiday anonymously because of the sensitivity of the matter. “We couldn’t handle the low quality ads anymore so we pushed out third parties.”

These are calculated, rational gambits, clearly. Taboola et al just aren’t as lucrative to some publishers as they once were. The downsides of losing them are minimal as a result. And therein is the crux of the matter. Some of the ad tech intermediaries are very important. But there are plenty others that, in a pretty opaque industry, have found a way to insert themselves and arbitrage. The question for publishers is how do they ensure that those taking their handout are providing value back to the publisher and hopefully to the advertiser — i.e work out whether the vendor is complementary or competitive.

“We did terminate our cooperation with a brand safety vendor because we wanted to support a company that catered to both sides of the trade, when really it was the buy-side that got all the attention,” said the digital lead at a news publisher on condition of anonymity due to concerns their identity would reveal the name of the ad tech vendor.

“More quality publishers are aligning their businesses around the fact that the product they sell is media, not the ad slot,” said Alessandro De Zanche, founder of media consultancy ADZ Strategies. “When this happens it changes the dynamics of how publishers work with ad tech vendors. They’re able to have more influence over those companies. It’s almost as if gravity is catching up with some ad tech vendors now that publishers are realizing that the dreams that were sold to them by certain parts of the market will remain just that — dreams

Whatever this realisation looks like for publishers, it won’t lead to full-scale ad tech cull. It’s still a lucrative business at the end of the day. No, what’s really happening is publishers are weeding out the ad tech vendors they can’t control.

To be fair, some have done exactly that over the years. But for everyone else those efforts always seemed to chaff against the harsh realities of running a media business. Better to onboard partners that can help plug those revenue gaps irrespective of the hidden costs that would incur. That’s the way it’s been for publishers. Until now.

The set it and forget days of ad tech are long gone for some publishers. They have to exert more control over their ads businesses because they need to do all they can to show they have a premium audience on which they can layer first-party data. More often than not that’s going to mean managing their exposure to the open marketplace and the vendors that come as part of that.

Another publishing exec told Digiday they’ve considered locking all their inventory behind their own demand-side platform; Vox Media and Minute Media built their own supply-side platforms earlier this year. DPG Media has its own trading desk; Not to mention The New York Times, Hearst, Business Insider Dotdash to name a few that have cut ties with those ad tech vendors that resell their inventory over the years. 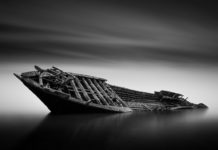