Experts in South Africa say the Omicron variety of Covid-19 is reinfecting patients at three times the rate of earlier strains, while public health officials and scientists from across the world keep a careful eye on developments in the country where it was first discovered as reported by The Guardian.

As the EU’s public health agency warned that Omicron could cause more than half of all new Covid infections in Europe within the next few months, evidence was emerging, however, that vaccines still appear to offer protection against serious illness.

According to new evidence collected in South Africa by its National Institute for Communicable Diseases (NICD) the latest epidemiological evidence suggests that Omicron can evade immunity from infection with earlier variants and is causing reinfections at three times previous rates.

“We believe that previous infection does not provide protection from Omicron,” said Anne von Gottberg, an expert at the NICD.

In mid-November South Africa was reporting about 300 Covid cases a day.

She said: “We believe the number of cases will increase exponentially in all provinces of the country.”

Scientists from the same institute have said initial data suggests that Omicron may provoke less severe illness than previous variants although that may be skewed by the fact that many of the first Omicron cases have been identified in younger individuals or detected in very recently screened travellers.

We believe that vaccines will still, however, protect against severe disease.

“Everyone you know is a potential risk to you,” he said.

Doctors in Gauteng province said Covid patients were presenting with flu-like symptoms including a dry cough that could be treated at home.

The emergence of Omicron has led to a steep rise in the number of people seeking vaccination.

As well as an exponential jump in case numbers, South Africa has seen a sharp increase in its case positivity rate – the number of those tested who test positive – in the same period, from 10.7% to 16.5%, with the positivity rate in Gauteng reaching 19%.

While most of the focus on Omicron has so far been on Gauteng province, there were indications that the Omicron variant was taking hold elsewhere in South Africa.

“The week-on-week percentage change in the seven-day moving average of new cases has been more than 20% for more than a week, indicating that we have officially entered a resurgence,” he said, adding: “A very large increase in absolute numbers is expected for the coming weeks.”

And while much has been written about the issue of a lack of vaccines in the developing world, this has not been the main issue in South Africa.

For several months, supply there has outstripped demand and in late November the government asked Johnson and Johnson and Pfizer to delay the delivery of vaccines as they had too much stock.

The latest figures suggest about 36.3% of adults are fully vaccinated (although 64% of over-60s have had at least one dose).

Vaccination, however, is lowest among younger age groups. 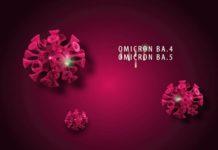 Two New Omicron Variants Are Spreading. Will They Drive a New U.S. Surge?

‘Nothing To Sneeze At:’ Nasal Sprays To Combat COVID Infection? 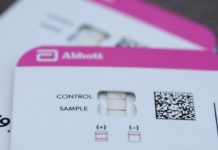 A “Sure-shot” Test To Detect Past COVID19 Infection