Harmful algal blooms are posing to be a hazard in the Irish waters concluded a advanced ship monitoring survey. Booms of toxin-producing algae and unprecedented levels of microplastic particles were detected in a recent oceanic survey carried out by scientists from the Marine Institute, reports Afloat.

How was it detected?

Bristling with sensors and state-of-the-art technology, the German research vessel RS Heincke completed a circumnavigation of UK and Ireland this August in a month-long survey.

A team of six Irish phytoplankton, biotoxin and oceanographic scientists joined the survey, which was conducted by the Alfred Wegener Institute Helmholtz Centre for Polar and Marine Research in collaboration with the Marine Institute and the University of Oldenburg Institute for Chemistry and Biology of the Marine Environment.

A total of 75 stations were surveyed using instrumentation aboard the ship, which was primarily designed to investigate Azaspiracid toxins produced by a number of micro-planktonic species of the family Amphidomataceae.

“This research is important for us as Ireland remains the most affected country in the world by shellfish poisonings caused by toxins produced by these species,” said Joe Silke, senior scientist on the survey from the Marine Institute.

These toxins, which were first discovered 23 years ago during routine monitoring of Irish shellfish, have resulted in annual temporary closures of Irish shellfish production areas, with resulting economic loss from loss of sales and markets.

Recent research has identified that the Amphidomataceae, unlike many other toxic algae, are pelagic plankton found in the open sea to the west of Ireland. These can accumulate in specific cases of currents and wind direction, creating toxin problems in the shellfish production bays along the West coast.

This was the first time that near real-time analysis was possible underway due to the advanced equipment available for the survey, including a fully equipped chemistry lab capable of measuring and identifying trace levels of toxin produced by the plankton using a liquid chromatography mass spectrometry instrument. Only 30 minutes after taking plankton samples aboard a full characterisation of the toxins present was possible with this equipment.

The team of scientists on board were able to confirm the presence of these phytoplankton at several offshore and nearshore stations, and collected an integrated data set comprising oceanographic, bio-optical, meteorological, plankton and sediment data accompanied by taxonomic determinations, toxin measurements and DNA analysis.

“Having the capability to carry out near real-time analysis of microscopic plankton while at sea to reveal the species present and their toxins is a huge leap forward in opportunities for our research programmes,” Silke said.

What are the other species detected?

In the course of the survey, several other blooms of algae were detected along the oceanographic fronts traversed by the ship’s track. These included large blooms of the usual late summer phytoplankton that we commonly see in coastal waters. These comprised mostly diatoms and dinoflagellates, such as Dinophysis acuta that produce DSP shellfish toxins, and Karenia mikimotoi that can cause fish and invertebrate mortalities if it accumulates in coastal areas.

The survey also revealed several species of Azadinium, the target group for this survey. These included some rare species, and some that have not been recorded previously in Irish waters.

One unexpected observation in the plankton net hauls was the diverse and frequent observation of microplastic particles in the same size range as the phytoplankton. While the survey was not looking for these in particular, it was evident that their occurrence is more widespread than observed in previous surveys in offshore waters, and would also appear to be diverse in nature based on shape and colour.

How does it affect?

The European Food Safety Authority stated recently that plastic particles of this nature are less likely to pass to humans through fish, because the they do not pass through the intestine into other tissues of finfish, and the digestive tract is normally discarded. They may, however, pass to the food chain through filter-feeding shellfish species where the GI tract is consumed.

The sizes of particles observed on this survey would lend support to this, although the risk of exposure to humans and its consequence on health requires more research. 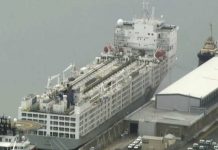 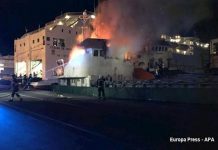