Another 18 supertankers have also been booked by companies including Vitol Group, Shell, and Lukoil, according to lists of bookings of shipbrokers seen by Bloomberg.

BP managed to snap up the supertanker at the lowest rate so far this year, according to the data, at $20,500 per day for three months.

It is with the option to extend the charter for another three months at $22,000 per day, according to one of Reuters’ sources.

While there is movement in the supertanker charter market, some of it could be attributed to the widening contango in the oil futures curve.

But some could just be the low freight rates, compared to this year’s highs at the end of March and early April when demand was crashing while Saudi Arabia was on a tanker-chartering spree to flood the market with oil.

“Much of the recent temptation to lease vessels for storage reflects more the decline in freight rates than a return to super contango,” analysts at Citi told Reuters.

Yet, in recent weeks, the contango—in which prices for delivery at later dates are higher than front-month prices that typically points to oversupply—has deepened.

Starting to open the so-called ‘contango plays’ in which oil traders store oil to sell it at a profit at a later stage. 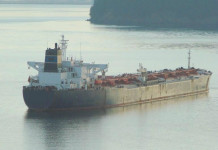