Bunker fuel prices for very low-sulphur fuel oil (VLSFO) at China’s largest bunker port of Zhoushan have lagged crude gains so far in 2021 because of rising domestic refinery supplies, which is increasing competition for market share as supply outpaces demand, says an article published in argusmedia.

Bunker suppliers want to stock up on VLSFO ahead of the peak Chinese refinery turnaround period in April, with bunker fuel demand expected to pick up further following the end of the lunar new year holiday as vessel traffic resumes. But with supply outpacing demand there is added pressure on suppliers to make bunker fuel sales in the short term, as reflected in the competition for bunker enquiries in Zhoushan, which is weighing on prices.

Traded spot volumes of VLSFO in Zhoushan averaged around 3,100 t/d in January but have fallen to about 2,990 t/d so far in February, based on spot deals captured by Argus. 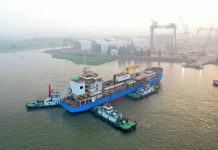 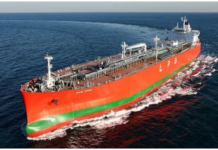 The Rise and Fall of LPG Spot Market Rates