Two years into the pandemic, nearly a quarter of American remote workers (23%) say their Zoom fatigue is higher than it’s ever been, reports HR Reporter.

What are the statistics?

Of those workers, 35 per cent only have 30 minutes or less between meetings, finds a survey by Honest Paws, which offers premium CBD products for pets.

Nearly half of professionals working remotely (49 per cent) say that being on camera during meetings makes them more exhausted, according to a previous report. And women’s experience with Zoom fatigue is 13.8 per cent higher compared with men, found another study.

“So long as Zoom remains a part of the American home-based workforce, those who rely on its services will need to implement strategies to combat fatigue and burnout,” says Honest Paws.

And this can be done in a variety of ways, they said: “Switching to phone calls and emails, building in breaks between meetings, opting out of the occasional conference if needed, and yes: asking that one co-worker to give their four-legged friend some camera time for a much-needed serotonin boost.”

How to relieve the fatigue

For nearly half of Americans, work-related stress is lessened whenever a co-worker’s dog (48 per cent) of cat (46 per cent) appears during a Zoom/virtual meeting.

And there are those who go so far as to say that seeing a co-worker’s dog (51 per cent) or cat (42 per cent) makes Zoom meeting more enjoyable.

“Studies have long shown that dogs increase our levels of oxytocin, a neurotransmitter that calms our nervous system while reducing anxiety,” says Honest Paws. “In fact, a research study published in 2015 reported that simply gazing into a dog’s eyes could cause a tremendous spike in a person’s oxytocin levels — a 300 per cent increase, to be exact. No wonder remote workers enjoy seeing their canine colleagues in the Zoom video grid!”

Meanwhile, making meetings last less than 15 minutes is a great way to make them more enjoyable, but being able to chitchat about non-work-related stuff (47 per cent) and listening to a co-worker’s funny story or joke (34 per cent) can also do the trick.

“Check your calendar for the next few days to see if there are any conversations you could have over Slack or email instead. If 4 pm rolls around and you’re Zoomed-out but have an upcoming one-on-one, ask the person to switch to a phone call or suggest picking up the conversation later so you can both recharge.”

Employers should strongly consider “mixing it up” during the never-ending stream of online video meetings to keep workers from burning out, according to a corporate events marketing specialist. 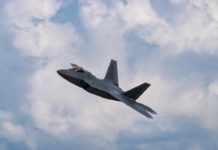