The X-Press Pearl disaster had brought the deaths of over 200 marine animals, including 20 dolphins, four whales, and 176 sea turtles after a chemical-laden ship caught fire and later sank, reports Daily Mirror.

The Sri Lankan Attorney General’s office informed a court in Colombo that more than 150 giant turtles have been found, adding to the number of dead animals that had washed up on the country’s pristine beaches recently.

The fire on the Singapore-flagged cargo ship, transporting 1,500 containers loaded with nitric acid and other chemicals such as caustic soda, polystyrene balls, had begun on May 20. After burning for days, it eventually sank in early June.

Sri Lanka Marine Environment Protection Authority (MEPA) Chairman, Dharshani Lahandapura, said that a mission had been underway to unearth “scientific evidence” caused due to the damage.

A 41-member expert panel has been deployed to gather the data. It is, however, yet to share a final damage assessment report.

Sri Lanka will seek financial compensation from the shipowners. Although, Lahandapura said that they will be unable to compensate for the massive environmental damage caused.

C.B. Ratnayake, the Sri Lankan Wildlife Minister, said that Sri Lanka has sought assistance from foreign experts to determine the level of contamination brought about by chemicals and polystyrene balls.

In addition to the environmental damage, the event has also impacted a significant number of families residing in the coastal areas. Most of these families were highly dependent on fishing for their living.

In September 2020, the MT New Diamond, carrying about 270,000 metric tons of crude oil, had caught fire in the Sri Lankan seas. 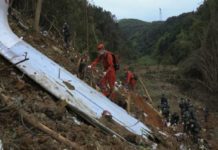 Chinese Plane Crash That Killed 132 Was Caused Intentionally: US Report 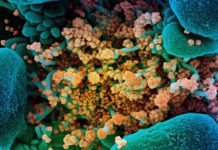 Multiple COVID Variants May Infect Us For Multiple Time