ABS’s global sustainability director The foundation of the net-zero energy transition will be the hydrogen and carbon value chains, argues Panos Koutsourakis as reported by Riviera.

For an industry that has relied on fuel oil for more than 50 years, the energy transition requires the creation of new value chains for shipping energy resources and emissions.

The task includes scaling up alternatives for primary and auxiliary power and dealing with the economic fallout the fossil hydrocarbon industry will inevitably face.

While many believe a net-zero shipping strategy will be challenging to achieve, there are pathways that could lead to that goal.

The problems associated with a net-zero fleet are complex and require concerted collaboration across industry sectors.

The energy transition that needs to occur as we strive to reach the decarbonisation targets will be based on two value chains, hydrogen and carbon.

The 46M tonnes of green hydrogen shipping will potentially require by 2050 demonstrates the importance of scaling up the production of renewable energy.

In addition, it provides the basis for using fossil fuel-based hydrogen with carbon capture as a transition option.

Hydrogen should not be seen just as a molecule of the periodic table or only as a single marine fuel.

It is a medium which could be converted into different forms as an energy carrier.

It will require many players’ involvement in the form of consortia and organisations teaming up to meet the needs along the value chain; developing new facilities or upgrading and retrofitting existing ones will be crucial to address the emerging transition and physical risks along the way.

In contrast with the hydrogen value chain, which is an energy conversion system, the carbon value chain is an abatement mechanism.

Currently, the carbon chain is a niche sector, but the need for scale-up may transform carbon into a valuable commodity.

In essence, the marine and offshore sectors are becoming fundamental enablers of the energy transition as indispensable links between the two value chains.

Carbon-neutral fuels such as biofuels also have a great potential to support the transition to alternative fuels.

Drop-in fuels such as biodiesels can be used in increasingly higher percentage blends to lower the emissions from marine vessels with little change to their current operations. 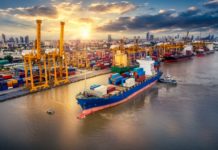 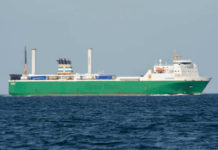 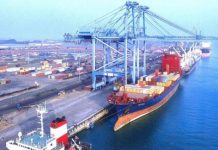