For the first time, crews in Alaska won’t be braving ice and sea spray to pluck snow crab from the Bering Sea, reported by NBC news.

The snow crab season in Alaska was canceled earlier this week due to a catastrophic population crash of the large crustaceans. A double disaster for Alaska’s economy and those whose livelihoods depend on crab, the red king crab season was postponed for the second consecutive year.

“It’s going to be life-changing, if not career-ending for people. A lot of these guys with families and children have no choice but to flee. The hammer will fall on the crew,” said Dean Gribble Sr., a 63-year-old crab boat captain who has fished for “opies” — snow crab — since the late 1970s.

Alaskan ecosystems, which are warming faster than other regions due to their proximity to the North Pole, have been roiled by marine heat waves and other climate-change-related impacts.

The cause or causes of the snow crab collapse are still being investigated, but it coincided with a period of record-breaking warmth in Bering Sea waters that peaked in 2019.

According to Miranda Westphal, an area management biologist with the Alaska Department of Fish and Game, warmer waters likely contributed to young crab starvation and the stock’s decline.

Officials hope that halting this year’s crab harvest will benefit both species. At this point, there isn’t much else that can be done.

“We’re just along for the ride.  It’s difficult to predict or pretend we could have an influence on a stock that is subject to Mother Nature and climate change. To rebuild, they need time, space, and favourable conditions,” Westphal said.

The snow crab collapse was unexpected. Each season, commercial trawlers conduct surveys to estimate species abundance and stock. The crab fisheries are managed jointly by the National Marine Fisheries Service and the Alaska Department of Fish and Game.

According to Westphal, “in the history of the fishery, we saw the largest pulse of small crab in 2018. It looked excellent.”

“Then, in 2021, we saw the biggest crash we’ve ever seen in snow crab. That was really unexpected. I don’t think anyone saw this coming,” Westphal said.

Scientists are still trying to figure out what happened. According to one popular theory, water temperatures rose during a period when large numbers of young crabs congregated.

Many small snow crabs spend the summer in a cold pool that forms on the Bering seafloor. Because of warmer waters and less sea ice in recent years, these cold pools have shrunk, concentrating crab into small spaces. 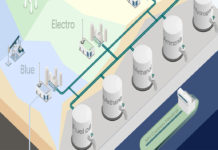 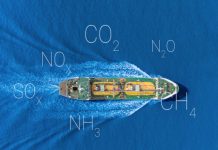 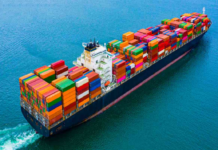