When Meghan Markle’s high school theology teacher heard about her engagement to Prince Harry she had one immediate thought.

“He is so lucky,” says Maria Pollia, a teacher at Immaculate Heart High School.

Pollia never forgot about Markle over the decades since she taught her. Which is what made her think the Royal family had snagged such a catch.

“I know Meghan. And I know that she is someone who is a very unique individual who has the depth, and the intelligence and the focus, but also the joy to be a wonderful companion for him and for them to be companions to each other in what is probably a very stressful way of life.”

It has been more than 20 years since Markle stepped through the halls of the all-girls Catholic school campus of Immaculate Heart in Los Angeles. But the imprint she left on her teacher and those around her still lingers.

Many who knew her, like Pollia, remember Markle as a young, curious, and deeply caring student who seemed mature beyond her years.

Markle was always happy, raising her hand to ask questions and engaged in class discussions. Pollia remembers her as a “bright personality” in class. But one thing stuck out most.

“She was also a very unusually compassionate person, and developed that compassion quite early in her life,” she says.

Which is why seeing how Markle blossomed on the world stage to become an advocate for women, speaking out about her biracial background, and becoming a humanitarian for so many, is no surprise.

That seed was planted early, Pollia says. One of the earliest lessons came during a visit to Los Angeles’ notoriously dangerous Skid Row.

“I started working at a soup kitchen in Skid Row of Los Angeles when I was 13 years old, and the first day I felt really scared,” Markle said in an interview for the book “The Game Changers: Success Secrets from Inspirational Women Changing The Game and Influencing The World.” “I was young, and it was rough and raw down there, and though I was with a great volunteer group, I just felt overwhelmed.”

That’s when Markle remembered a conversation she had with Pollia. It was Markle’s sophomore year and the class was “Engaging God.” Pollia was teaching Markle’s class about the Mystics, how throughout Catholic history they tried to care for the marginalized and find a way to reach out. Pollia told the class how she volunteered at a soup kitchen on Skid Row, what she saw, what she was confronted with.

“Megan approached me after class and said, ‘You know, when I was about 13 I volunteered at a kitchen on Skid Row and I was really scared. But I really, really, really want to go back. How did you do it? How do you go there?”

So Markle and her teacher got to talking. It’s a conversation from decades earlier that Markle recalled when interviewed in the book.

“I remember one of my mentors (Mrs. Maria Pollia) told me that ‘life is about putting others’ needs above your own fears,'” Markle said. “Yes, make sure you are safe and never, ever put yourself in a compromising situation, but once that is checked off the list, I think it’s really important for us to remember that someone needs us, and that your act of giving/helping/doing can truly become an act of grace once you get out of your head.”

It humbles Pollia to have heard that. She’s even more impressed with what Markle took from the conversation.

Markle went into that soup kitchen and kept going back. Not just to serve food, but to get to know the people there.

“She created relationships with the people who were at the kitchen because she would come back,” Pollia remembers.

Not once, not twice. For her entire junior year, and senior year at Immaculate Heart.

“She used to come back and talk to me and catch me up on how was Betty, how was Joe, how was his dog,” Pollia recalls. “(Markle) knew everyone’s name. She knew everyone’s story. And that is what gave her joy, is really connecting with people.”

Pollia remembers learning about how Markle stood up to a sexist ad before attending Immaculate Heart. Markle had been offended by a dishwashing detergent commercial because it focused on women doing housework. At the age of 11, she wrote to Procter and Gamble. Her letter worked and the company changed then commercial.

But Markle didn’t shout about it from the rooftops.

“She came in to school, in class and talked about outreach and justice issues in school, but she never, she never mentioned that particular incident,” Pollia says. “Which says to me that, what I think about her again, is proven to be true, which is service and reaching out to others is just part of who she is. For her, it was not something unusual.”

And it is a thread that has run through her life ever since.

So now, as Markle prepares to marry into the royal family, to a man who has also dedicated his life to service and charity, Pollia is excited about the impact both will have as a couple together.

“This is something that I think really fuels her, her joy and her heart. And I think it’s wonderful to know that she is still that person and, and that now with her place in the world, she’ll be able to do that even greater scale,” Pollia says. “I think that they are both very aware of that. And I think it’s wonderful that they will be companions to each other on that journey.” 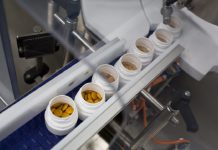 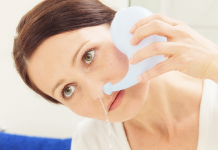 Mfame Team - November 11, 2015
0
https://www.youtube.com/watch?v=8YgwocSX5ds&feature=youtu.be Hydraulic fracturing, or fracking, is a decade old technology used to develop oil and natural gas resources from deep shale formations.  Yet while the...
Powered by Pojo Software Pvt.Ltd
This website uses cookies to improve your experience. We'll assume you're ok with this, but you can opt-out if you wish.Accept Read More
Privacy & Cookies Policy
Necessary Always Enabled