According to a Science in Poland report, a food storage unit made of ceramic tiles has been unearthed at the site of a military barracks in Bulgaria, says an article published on Archaeology.

Piotr Dyczek of the University of Warsaw said that he found fragments of dishes and animal bones that had been baked inside the container.

Charcoal particles and a fragment of a small bowl may have been used as a censer to repel insects, he added.

The recent excavations also uncovered fragments of ceramic and lead pipes to supply water from the Dermen River; coins dated from the mid-third century to the beginning of the fourth century A.D.; and the remains of a house containing quern stones, weaving and fishing weights, spindle whorls, vessel fragments, and pits filled with bones.

“At that time, Novae was slowly transforming into a civilian city,” Dyczek explained.

To read about a gravestone unearthed at a Roman settlement in northwestern Bulgaria, go to “A Dutiful Roman Soldier.” 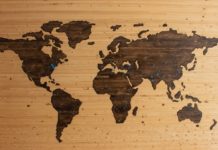