A new tightening of COVID curbs in Beijing

The warning followed a new tightening of COVID curbs in Beijing since Thursday, with at least two districts closing some entertainment venues after a flare-up in a neighbourhood full of nightlife, shopping and embassies.

While China’s infection rate is low by global standards, it maintains a zero-COVID policy, citing the need to protect the elderly and the medical system, even as other countries try to live with the virus.

Beijing authorities said on Saturday that all 61 new cases uncovered in the city on Friday had either visited the Heaven Supermarket Bar or had links to it.

“The recent outbreak … is strongly explosive in nature and widespread in scope,” Xu Hejian, spokesperson of the Beijing municipal government, told a news briefing.

The capital had registered 46 new local cases on Saturday as of 3 p.m., all people already in isolation or under observation, health official Liu Xiaofeng said.

The city did not announce new curbs at the briefing

The city did not announce new curbs at the briefing, but later the Beijing sports administration said all off-campus and “offline” sports activities for teens would be canceled from Sunday.

So far, 115 cases and 6,158 close contacts linked to the bar have been reported, throwing the city of 22 million back into a state of anxiety.

Beijing only relaxed curbs less than two weeks ago that had been imposed to fight a major outbreak that began in April.

The sprawling Universal Beijing Resort – a theme park on the city’s outskirts – on Friday rescinded a plan to reopen. City authorities said three of its workers had visited the Heaven Supermarket bar. Read full story

Many neighborhoods in the capital have been put under lockdown, with residents told to stay home.

In Shanghai, officials announced three new confirmed local cases and one asymptomatic case detected outside quarantined areas on Saturday, as nearly all the city’s 25 million residents began a new round of COVID tests.

Authorities ordered PCR testing for all residents in 15 of Shanghai’s 16 districts this weekend, and five districts barred residents from leaving home during the testing period. A city official said residents should complete at least one PCR test a week until July 31.

“I am a little bit worried because if there are positive cases in the compound, it will be put into a sealed situation,” said Shanghai resident Shi Weiqi. “I will also stock up on some supplies properly in case the previous situation happens again.”

Shanghai authorities said they had also reprimanded and dismissed several district-level officials for lapses at a hotel that was used to quarantine arrivals from overseas, pinpointed as one of the sources of Shanghai’s wave of the Omicron variant of coronavirus.

They also said they had warned or dismissed some executives at a state-owned firm that owned the Red Rose beauty salon, where three cases were found among workers this week.

The salon’s employees had not followed guidelines to undertake PCR testing daily, they said.

On Saturday, Shanghai reported seven new local symptomatic cases for the previous day, a rise of one, of which six were detected outside of quarantined areas.

In total, mainland China reported 210 new coronavirus cases for June 10, of which 79 were symptomatic and 131 were asymptomatic, the National Health Commission said.

That was up from 151 new cases a day earlier, 45 of them symptomatic and 106 asymptomatic.

As of Friday, mainland China had confirmed 224,659 cases with symptoms. 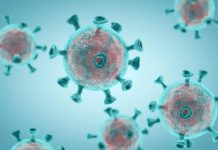 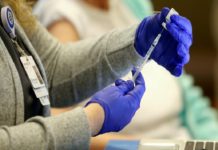