According to a Reuters report, Global wealth managers are examining whether their clients in Hong Kong have ties to the city’s pro-democracy movement, in an attempt to avoid getting caught in the crosshairs of China’s new national security law

Bankers at Credit Suisse Group AG, HSBC Holdings Plc, Julius Baer Gruppe AG and UBS Group AG, among others, are broadening scrutiny under their programs that screen clients for political and government ties and subjecting them to additional diligence requirements, these people said.

THE DESIGNATION, CALLED POLITICALLY EXPOSED PERSONS, CAN MAKE IT MORE DIFFICULT OR ALTOGETHER PREVENT PEOPLE FROM ACCESSING BANKING SERVICES, DEPENDING ON WHAT THE BANK FINDS ABOUT THE PERSON’S SOURCE OF WEALTH OR FINANCIAL TRANSACTIONS.

The checks at some wealth managers have involved combing through comments made by clients and their associates in public and in media, and social media posts in the recent past, these people said. The new law prohibits what Beijing describes broadly as secession, subversion, terrorism and collusion with foreign forces, with up to life in prison for offenders.

The sources, who requested anonymity because of the sensitivity of the situation, said the broadened scrutiny of clients also applied to Hong Kong and Chinese officials who had implemented the law in anticipation of any U.S. sanctions against them.

THE AUDIT OF ITS CLIENTS COULD GO BACK AS FAR AS 2014 IN SOME CASES TO GAUGE A CLIENT’S POLITICAL STANCE SINCE HONG KONG’S 2014 PRO-DEMOCRACY “UMBRELLA” MOVEMENT.

Protesters at the time used umbrellas to shield themselves from tear gas and pepper spray deployed by police.

Global banks have long examined the backgrounds of their clients, including screening them for political ties, to satisfy regulatory requirements.

The rules are meant to enforce laws such as international sanctions and to prevent people from using the banking system to launder ill-gotten wealth.

Albert Ho, a veteran Hong Kong democrat who runs a law firm and helps organise an annual candlelight vigil to commemorate victims of the June 4, 1989 Tiananmen Square crackdown, said he feared that people like him may face “difficulties in the times to come.”

“There’s not much you can do, actually, unless you cease all your financial and banking activities in Hong Kong,” Ho said, adding he had not faced additional scrutiny from his bank as of last week. He declined to disclose the name of his bank.

HSBC declined to comment specifically on the security law or any U.S. move to sanction local officials. In an emailed statement, it said, “We already have a stringent set of policies and rigorous processes in place which we apply globally.”

In an emailed statement, the Hong Kong Monetary Authority said the financial hub implements anti-money laundering requirements “based on international standards including with regard to politically exposed persons.”

“The relevant international standards and our guidance to the banking industry have not changed,” the city’s de facto central bank said.

China’s foreign ministry, the Liaison Office in Hong Kong and the State Council’s Hong Kong and Macau Affairs Office did not respond to requests for comment.

The banks’ move to subject supporters of Hong Kong’s democracy movement to a similar review comes at a time when the stance of some firms on the Chinese law has drawn scrutiny from Western lawmakers and activists.

HSBC and Standard Chartered Plc, which have expressed support of the national security law, for example, have faced criticism from UK officials that their actions enabled Beijing to undermine the rule of law in the former British colony.

The two London-headquartered banks have said they believed the law would restore stability in Hong Kong.

Some wealth managers in Hong Kong say they are worried about the regulatory and reputation risks to their banks if charges under the sweeping security law are brought against some of their politically linked clients, three of the sources said.

A top executive at a regional wealth manager said that his firm’s risk and compliance team prepared a list of top 10 Hong Kong individuals identified in local media as pro-democracy sympathizers within a couple of days of the enactment of the law on July 1, the anniversary of the handover.

The executive said their firm checked its internal database to see if they had existing relationship with any of them and were “quite relieved” to see that they didn’t.

One investment manager at a Hong Kong-based hedge fund said he expected more people to come under scrutiny from their bankers now.

“I THINK THAT IF EVEN A MODERATE DEMOCRAT CAME THROUGH THE DOOR WANTING TO INVEST, YOU’D BE THINKING LONG AND HARD AFTER THIS LAW,”THE FUND MANAGER SAID. 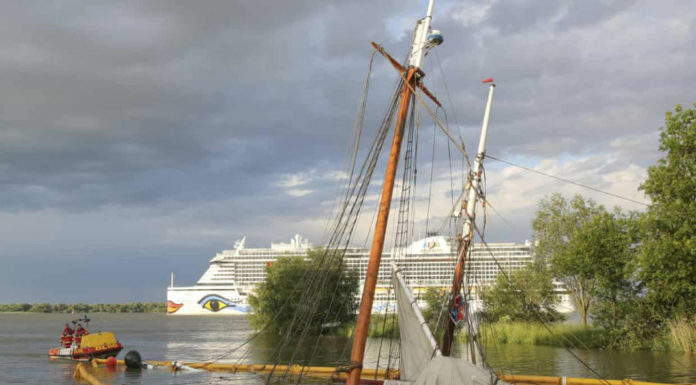 How BICEPS Rating Can Help in Emissions Reduction?

Scandlines Switching Off Their Diesel Engines

Fire on Freighter in Harlingen