The shift of the logistics sector to more environmentally friendly supply chains could be negatively impacted by antitrust law as reported by The Loadstar.

Decarbonisation projects within the supply chain are, necessarily, collaborations between asset operators, such as shipping lines and aircraft operators, research bodies and upstream suppliers, such as fuel providers.

However, these partnerships could fall foul of antitrust laws according to Stephenson Harwood’s expert Marta Garcia, who warned: “There is a potential conflict between meeting and achieving decarbonisation targets, and to those not aware, competition law will in effect prohibit any agreements between two parties that restrict competition, and in particular when you’ve got two parties that happen to be potential competitors.”

Ms Garcia said competition regulators “view with a lot of suspicions” arrangements that can see companies collaborate to meet climate targets, believing that these entities are engaged in cartel activity instead.

“What we find is that there are a number of players in this area that are not engaging in sustainability initiatives and decarbonisation initiatives for fear of breaching competition law,” said Ms Garcia, pointing out that penalties for organisations transgressing could include fines of 10% of a company’s revenue, not to mention the damage to its reputation and possible criminal sanctions for individual officers.

Regulators are looking closely at environmental collaborations, particularly after last year’s example where a number of car manufacturers were fined €870m by the EC following their decision to curb the availability of carbon emission abatement technology for diesel cars.

As a result, she said: “Regulators are looking at this a bit more closely.

But then you will find that there are numerous other different types of collaborative initiatives parties are engaging in that potentially restrict competition but where you may be able to argue there are generally pro-competitive effects, or there is some safeguard or an exemption that could potentially apply.”

As a result, companies have sought to collect information from their client base to gauge demand, and that information can be considered commercially sensitive and, therefore, give rise to competition issues.

Another method of collaboration which can be allowed by competition regulators is where there are significant efforts to invest and collaborate on joint R&D projects that will aid the transition to greener supply chains.

This type of competition can be tolerated through “safe harbours” or exemptions by many regulatory jurisdictions around the globe, said the lawyer.

With competition regulators already looking at consortia agreements between shipping lines, a collaboration between carriers and other stakeholders within the supply chain could come under even greater scrutiny.

Another area for scrutiny could be the proliferation of supply chain customers seeking to develop decarbonised supply chains, such as cargo owners for zero-emission vessels (co-ZEVs).

However, as long as these customer groups “sought to encourage” decarbonisation, they would remain on the right side of competition law. 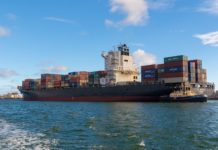 ESPO Spells Out Framework For Success Of EU ETS

What Can We Learn From The 2021 Suez Canal Obstruction 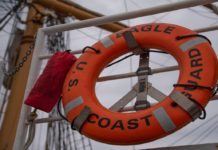