Europe will survive the winter even if costs will be high because it has purchased enough oil and gas to go through the heating seasons as reported by Bloomberg.

Much deeper costs will be borne by the world’s poorest countries, which have been shut out of the natural gas market by Europe’s suddenly ravenous demand.

It’s left emerging market countries unable to meet today’s needs or tomorrow’s, and the most likely consequences — factory shutdowns, more frequent and longer-lasting power shortages, and the foment of social unrest — could stretch into the next decade.

“Europe is sucking gas away from other countries whatever the cost.”

After a summer of rolling blackouts and political turmoil, cooler weather and heavy rains have alleviated the immediate energy crisis in Pakistan, India, Bangladesh and the Philippines.

The strong US dollar has only complicated the situation, forcing nations to choose between buying fuel and making debt payments.

The centre of the issue is Europe’s response to tightening fuel supplies and the war in Ukraine.

And that dynamic is likely to hold for years, Mathur says.

At the same time, Europe is speeding up the construction of floating import terminals to bring in more fuel in the future.

Germany, Italy and Finland have secured the plants.

Even bids for deliveries starting years into the future are being rejected.

Bangladesh and Thailand essentially abandoned efforts to get contracts that start before 2026, when massive new export plants in Qatar and the US plan to start shipping fuel.

“We’d thought the crisis would be over by the end of the year, but it isn’t,” said Kulit Sombatsiri, permanent secretary of Thailand’s energy ministry, at a briefing on Monday.

Fuel is priced in US dollars, and a single shipment currently costs nearly $100 million.

Reserves for Bangladesh, India and the Philippines are at two-year lows.

Without Russian gas flowing into Europe, the global gas markets will stay tight.

Spot prices will remain high, and without the ability to secure long-term supplies, developing countries may look to dirtier fuels or other partners.

The momentum behind natural gas growth in developing economies has slowed, notably in South and Southeast Asia, putting a dent in the credentials of gas as a transition fuel, the International Energy Agency said in its World Energy Outlook 2022.

We are, of course, very much interested in procurement of LNG,” Shafqat Ali Khan, Pakistan’s ambassador to Russia, told the state-run Tass news agency.

If it needs to, it can rely on electricity and coal-generated power. “This is the last resort, but closing down is not an option.”

For people worried about climate change and the environment, none of those is good options.

“The process of extracting new fossil fuels is energy-intensive and linked to increased pollution and earthquake activity.

And that just cannot be done only through solar or wind energy.”

Until then, high prices will do some of the work.

Emerging Asia’s gas demand growth slowed “markedly” between January and July as sky-high prices dragged down consumption, according to the IEA.

Governments will have to do the rest, rationing fuel and scheduling blackouts when there isn’t enough energy to go around.

Countries in South America, like Brazil and Argentina, maybe slightly more insulated, given investments in hydropower.

Even so, Brazil’s import bill more than doubled during the first seven months of this year to $3.7 billion, the result of surging overseas prices and delays on a domestic pipeline project.

“We shouldn’t forget that the part of the LNG that we get, somebody else doesn’t get,” said Gunvor Group Ltd.’s Chief Executive Officer Torbjorn Tornqvist.

Meanwhile, the Philippines and Vietnam are rethinking plans to start importing LNG.

Policymakers have yet to put forward an alternative. 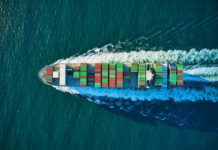 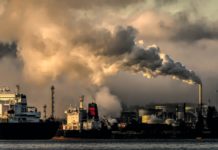 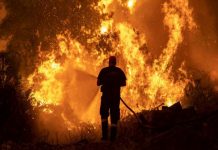