According to a short study, as reported by BBC, dogs experience happy tears when they are reunited with their owners.

According to Japanese researchers, dogs may be overjoyed to see their human friends again after an extended separation.

It’s thought that the tears strengthen the relationship between owners and their dogs.

The study examined how 22 dogs behaved and how they reacted when reunited with their owners and other people they knew.

Researchers from Jichi Medical University and Azabu University put strips of paper under the dogs’ eyes a minute before reuniting with their owners after being apart for five to seven hours to test their theory.

They discovered that the dogs only ever cried when they saw their owners. When the dogs were reunited with the individuals they were accustomed to but who were not their owners, there was not a comparable degree of increased tear production.

The researchers gave the dogs a solution containing oxytocin, a crucial hormone involved in bonding, to check if the tears were related to their feelings. They discovered that the dogs’ tears increased after administering the hormone.

Although it is well known that dogs cry to keep their tear ducts clear, this behaviour has never been connected to an emotional response.

Takefumi Kikusui, one of the study’s authors who published the findings in the journal Current Biology, said, “We had never heard of the observation that animals shed tears in happy situations, such as reuniting with their owners.”

While owners may be more accustomed to seeing their joyful pets wag their tails or lick their faces, a dog’s tears can also have an impact on their human connection.

The gaze of a dog induces the release of oxytocin, which makes pet owners more tender or protective of their charges.

The researchers also discovered that when owners observed their animals crying, they felt a greater motivation to care for them.

The researchers hypothesised that “their tears might have a role in the strengthening of reciprocal ties and further leading to interspecies bonding.” 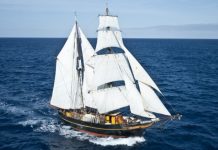 How to Study Ancient Seafarers? Simple, Recreate Their Ship!