A recent news article published in the Assets Publishing service deals with the lessons learnt from Marine Accident Reports.

The main engines of a roll-on/roll-off (ro-ro)
cargo vessel were regularly maintained by an
engineering contractor. Over the years the
contractor had slowly taken over the work
from the engine manufacturer to reduce
costs. The contractor was approved to work
on the large diesel main engines on board the
ship and undertook their work in accordance
with the ship’s planned maintenance system.
Although they had access to most of the engine manufacturer’s maintenance instructions, they did not have the detailed information to perform the work on the engine connecting rod bearings. Nevertheless, their own instructions were similar.

The engine manufacturer advised that the
replacement of a connecting rod bearing should be undertaken at one of their specialist centres due to the diffcult machining and reinstallation process; because of its interference ft in the bearing housing, this involved cutting the bearing shell axially to a fne tolerance to enable it to collapse and then using liquid nitrogen to contract the new shell for installation in the housing. The ship’s operator was aware of this instruction but had no oversight of how the contractor completed the work.

A simpler and easier approach

The contractor, having undertaken similar work on different manufacturers’ engines, considered that the other manufacturers had a simpler and easier approach to the connecting rod bearing replacement. The contractor chose to remove the bearing shell with a disc cutter and use a gas cutting torch to heat up the bearing housing to slide the shell into position. In doing so, they introduced notches and heat marks into the bearing housing (Figure 1).

Some months later while on passage, a sudden and increasingly loud sound
emanated from the main engine. The duty engineer recognised that something serious was occurring and took cover as the main engine catastrophically failed. Major internal engine components were thrown out through
the crankcase and a large freengulfed the engine room(Figure 2). The duty engineer
was fortunate to escape through the thick black smoke that enveloped the engine room as he struggled out of the compartment via the secondary escape route, without the use of an emergency escape breathing device (EEBD).

1. Qualifed → It is not unusual for contractors to undertake major maintenance work on board a ship;
however, it is imperative that they can provide assurance that they have the skills and equipment to meet the original equipment manufacturer’s expectations of how it should be done. Operators and managers must endeavour to maintain a level of oversight that ensures work is completed to a satisfactory standard.

2. Maintain → Whereas components were overengineered and could withstand poor treatment in the past, this is not always the case for modern, technically advanced machinery. Engine components, particularly
on modern engines, are designed to maximise the power output while keeping component mass and size to a minimum. The components are thus highly stressed and their correct maintenance is critical. What
may seem an innocuous cut or heat mark from using inappropriate tools can have serious consequences when the component is heavily loaded or operating at high revolutions. This type of damage affects the component metallurgy and introduces stress raisers, which can lead to fatigue failure.

3. Equipment → The duty engineer was lucky to escape from the smoke-flled engine room. While the ship had the correct number of emergency escape breathing apparatus as required when the ship was constructed, it did not have to comply with a 2003 International Maritime Organization (IMO) circular that
required one EEBD to be positioned on each deck or platform level near the secondary means of escape. Ship managers and operators should consider increasing and improving EEBD distribution to maximise the likelihood of escape from a smoke-flled space.

4. Signage → The carbon dioxide fxed frefghting system was activated and successfully extinguished the fire. However, it was unclear in the bottle room which gas bottles discharged to which space and therefore impossible to confrm that all bottles had been discharged. This led to delays in gaining entry to the space, which in some circumstances could be critical. Such a problem can be avoided with clear labelling
and a means of checking that the necessary bottles have been discharged, as outlined in MGN 389 (M+F), Operating Instructions and Signage for Fixed Gas Fire-Extinguishing Systems. 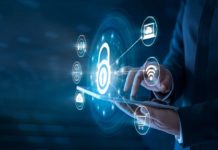 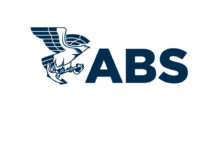 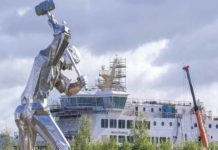 10 Things To Know About the Ongoing Scotland’s Ferry Fiasco