In response to China’s COVID spike, EU nations are edging closer to coordinating travel precautions, including pre-departure testing, masks on flights, and testing wastewater for potential new varieties, as reported by Politico.

Despite promises to strengthen cooperation during the initial wave of the pandemic, the urge for a coordinated response only materialised after some EU nations had already implemented their own steps to reduce COVID rates from China and monitor for new varieties.

Officials came closer to an agreement on pre-departure testing for travellers from China, stepping up wastewater monitoring from flights, and increased domestic surveillance of the virus at a health security meeting on Tuesday with national ministers and representatives from the European Commission, the European Centre for Disease Prevention and Control, and the World Health Organization, tweeted EU Health Commissioner Stella Kyriakides.

She added: “Discussion continues tomorrow in [the integrated political crisis response (IPCR) mechanism meeting],” stating that the members had “converged” on these actions.

The Commission delivered a draught opinion on suggested measures to EU capitals, which will now be “updated and implemented” depending on their feedback, a Commission official told POLITICO.

“The overwhelming majority of countries are in favour of pre-departure testing,” the spokesperson said, adding that such tests “would need to be targeted at the most appropriate flights and airports and carried out in a coordinated way to ensure their effectiveness.”

The draught view also calls for heightened EU vigilance around testing and vaccination, the wearing of masks on flights from China, and traveller personal hygiene. It includes greater monitoring and sequencing as well as genetic surveillance at airports to find new variants, such as analysing the water in the restrooms. All of these actions will be taken into account when the EU crisis response committee meets on Wednesday.

During the pandemic, numerous European nations implemented wastewater sampling to detect COVID outbreaks and to genetically sequence samples to keep an eye out for novel varieties.

This week, Belgium was the first nation to declare that it will examine wastewater samples from two planes per week departing from China and sequence for mutations.

The U.K. and other nations have complained that China does not exchange detailed health information, making it harder to determine whether new variations are developing there.

In the meantime, the United Kingdom, France, Italy, and Spain all implemented their own testing procedures for visitors from China last week. 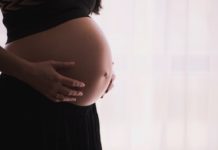 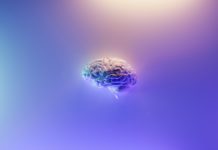 ‘Get Treatment Directly to Brain’ Through New Gene Therapy! 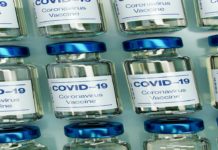