A ferry reportedly allided with a bridge located at port after it was caught in the stormy weather and ran adrift on a sandbank when it tried to leave.

The ferry ‘Pride of Kent’ reportedly allided with a bridge in the Calais in stormy weather as it tried to turn in order to leave the port on its sailing to Calais and then got stuck on a sandbank.

The captain of the vessel requested for assistance when the ferry got stuck on a sandbank and two tugs with a pilot boat were dispatched to the scene.

The ferry was reportedly caught in the midst of a storm with winds on the coast blowing up to 110 km. A total of 316 people, including 208 passengers, were on board at the time of the accident.

Furthermore, the vessel was loaded with 74 trucks, 36 vehicles and a coach. In the afternoon, the tugs ‘Chambon Noroit’ and ‘Chambon Suroit’ assisted in refloating the ferry. But the rescue did not go as planned as the vessel started going backward and started going astern.

Finally, after struggle she was pushed against pier 1 where the passengers could be disembarked again and taken to a parking area. Also firefighters and the SMUR were mobilized. The operation was coordinated by the Prefecture of Pas-de-Calais which set up a crisis unit in Arras.

Following the rescue, the port was closed for further traffic and stronger tugs were called in from Dunkirk to reinforce the port tugs. 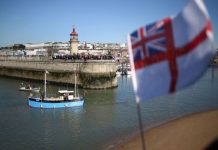 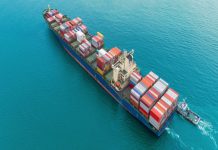 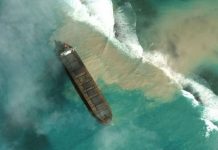 Mfame Team - January 6, 2016
0
https://www.youtube.com/watch?v=8YgwocSX5ds&feature=youtu.be The Welland Canal is a ship canal in Canada that runs 42 km (27.0 miles) from Port Colborne, Ontario on Lake Erie to Port...
Powered by Pojo Software Pvt.Ltd
This website uses cookies to improve your experience. We'll assume you're ok with this, but you can opt-out if you wish.Accept Read More
Privacy & Cookies Policy
Necessary Always Enabled