Logistics managers are sending the message to clients that the ocean freight market is correcting itself at a faster pace than anticipated.

Peak in the market

Shipping firm HLS recently wrote to clients, “We initially expected the market was about to correct itself and normalize some time in 2023, but it came much earlier than we expected.”

The peak in the market, according to Alan Baer, CEO of OL USA, was the second quarter. “From there a steady decline,” Baer said.

The market may have reached the low point in November, he said, but added, “it is still too early to tell if this is a trend.”

Despite the spot market collapse, the major shipping lines reported nearly $122 billion in profits over the first three quarters, according to Sea-Intelligence CEO Alan Murphy.

Trade data shows a decline in Asia imports to the U.S. by 11% year-over-year in October, which built on a September decline.

“We don’t find any grounds for optimism in November,” HLS told clients.

The ocean freight contract market tracked by Xeneta’s global XSI recorded a drop of 5.7% in November, the third month in a row rates have dropped, and the largest month-over-month decline recorded since the launch of the XSI in 2019, according to Peter Sand, chief analyst at Xeneta.

Sand expects the challenging environment to continue given the 40 percent drop in Chinese manufacturing orders and logistics managers expecting demand normalization to not occur until next summer.

The change from a supply chain that struggled in trying to keep up with unprecedented pandemic demand to a weak demand environment and freight market now oversupplied with both ships and containers highlights the risk of a prolonged downturn in the global economy.

Central banks across the world are raising interest rates to fight inflation.

Lower demand is one goal of central banks, including the Federal Reserve, and that is pushing down supply chain prices that had been at record levels and were a significant contributing factor to inflation.

But monetary policy is walking a fine line as a supply-demand resetting can turn into a recession.

More CEOs are citing the risk of recession, signs of a weaker consumer and slowing sales, but the Fed is expected to maintain a higher interest rate policy.

The market remains unconvinced the Fed can engineer lower inflation without forcing a “hard landing” on the economy.

Xeneta data indicates that 85% of customers plan to decrease ocean freight spending in 2023, while 42% say their volumes will stay “stable/consistent” with 2022, which Sand said suggests a further decline in cargo volumes.

Despite the latest announced “Zero Covid” policy easing measures by the Chinese government, the delays in the delivery of raw materials and products by truck, coupled with early manufacturing closures, are also pinching the logistics windows for shippers.

“Orders are definitely down. Volumes are way down,” said Joe Monaghan, CEO of Worldwide Logistics Group.

“Overall vessel utilization is down even with the large number of blank (canceled) sailings.”

According to Freightos, despite the increase in canceled sailings which has cut vessel capacity, the hemorrhaging of ocean freight prices continues:

Easing fuel prices are removing some pressure on container rates, according to a report from Judah Levine, head of research for Freightos, and the U.S. East Coast has still booked gains versus the pre-Covid market as more Asian trade has shifted there.

With the sustained pullback in orders, statistics released by BIMCO show global container volumes have fallen 9.3% year over year, leading to an overcapacity situation.

Christian Roeloffs, co-founder and CEO of Container xChange, an online platform for container logistics, says the decrease in demand will have a further impact on freight prices.

“In 2023, there is a high possibility of an all-out price war,” Roeloffs said.

“It doesn’t seem that the capacity restrictions that we have seen in the past two years are due to return, so we’ll just have ample capacity both on the vessel as well as on the container side.

With the competitive dynamics in the container shipping and liner industry, I don’t expect especially the big players to hold back, and we do expect prices to come down to almost variable costs. We also foresee market consolidation.” 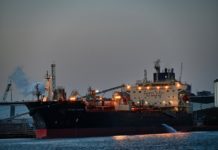 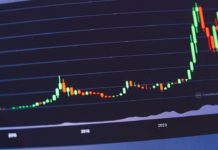 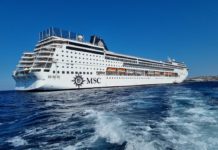