The global LNG shipping spot market is expected to remain strong in 2019 on the back of higher spot LNG demand and trading volume growth outpacing LNG vessel supply, according to analysts and ship brokers says Platts.

Higher spot freight rates could make inter-regional arbitrage less economic, making it costlier to ship LNG to Asian customers. Also long-haul trades like the US-Asia trade route and reloads from Europe into Asia would be impacted.

However, in the long term higher rates could incentivize shipping companies and other stakeholders to invest in building new LNG ships to meet transportation demand and further develop the spot market.

Market participants expect average spot charter rates in 2019 to remain strong, but said that exceeding the record high levels of $190,000/day is dependent on short-term trading strategies and market fundamentals that are not always sustainable.

“For 2019, the spot market will be equally strong or even stronger than what we have seen in 2018,” Poten & Partners’ shipbroker Rolv Stokmo said on the sidelines of a conference in December.

Spot charter rates dipped in the first quarter of 2018 partly because of the shutdown at PNG LNG due to the earthquake, Stokmo said. However, the rates bounced back up in the following quarters.  The third and fourth quarters of 2019 should be strong at similar levels.

The global LNG fleet numbered around 536 vessels by the end of 2018, having posted a record growth of 12% during the year, mainly from the 120,000-199,999 cu m segment, according to Italian shipbroker Banchero Costa’s head of research Ralph Leszczynski.

Despite this, LNG fleet growth is expected to slow considerably in the years to come with 2019 and 2020 posting an increase of 6% and 7%, respectively, Leszczynski said.

LNG vessels to hit the market

Much of the historic LNG fleet growth had been on account of vessels tied to long-term LNG projects as well as speculative ordering by investor groups such as Greek shipowners who bet on the growth of the spot market.

However, spot shipping rates between 2015-2017 often hovered under $30,000/day, below breakeven levels. This discouraged new orders and tightened the spot market.

In 2019, only six uncommitted vessels are expected to hit the market and the rest are already committed to LNG projects as they come out of the shipyard, so very few uncommitted ships will be available to ease spot rates, Stokmo said.

New LNG ship orders could also benefit from newbuilding prices falling to around $180 million for a standard 170,000 cu m vessel at a South Korean shipyard, from over $210 million in 2009-2010, due to the decline in the shipbuilding sector.

“The downward trend is now reversed, but newbuilding prices still appears to be on the cheap side compared to the past,” Leszczynski said.

There is anecdotal evidence that investor interest in new LNG ships is gradually recovering, although it will take time to gather pace.

Overall, market expectations are for higher average spot LNG trades in 2019 than in 2018, as more liquefaction capacity comes online, mainly from the US, as well as continued growth in market liquidity.

Since US-origin LNG is flexible and new Asian spot demand has been centered in China, the US-China trade was projected to drive spot volumes. The surge in Chinese winter demand in 2017 was almost entirely on the spot market.

However, tepid winter demand in 2018 has kept JKM prices depressed at around $9/MMBtu and the US-China trade war has seen only two US-origin cargoes land in China in the fourth quarter of 2018, putting several of these projections at risk.

“Non price-responsive demand in Asia will be easily met, and forecasted JKM spot prices in the $7-$9/MMBtu range for H2 2019 will not be low enough to trigger substantial economic switching from coal to gas in power generation,” according to S&P Global Platts Analytics.

Platts Analytics said this means 2019 may see Europe finally playing its long-forecasted role of being a liquid market where suppliers, portfolio players and traders are able to market surplus LNG.

Shorter haul trades from the US to Europe are less supportive of shipping tonnage than shipping to Asia, and a lot will depend on how trading dynamics evolve.

With new US-based portfolio players like Cheniere controlling an increasing number of LNG vessels on term-charters, growth in spot trade still has potential. 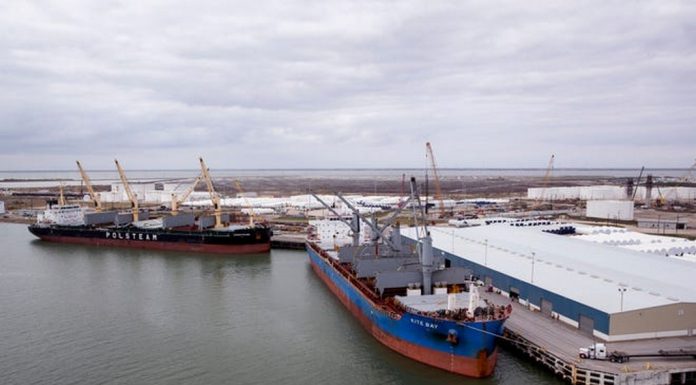