Forget Cinco de Mayo, if you’re a stamp collector, May 6 is the day to remember and celebrate. For on that day, in 1840, the British Post Office issued the world’s first postage stamp, the “Penny Black.” But the Penny Black is just part of a bigger story of how one man turned conventional wisdom on its head and helped shape our modern world, says an article published in abs27.

Mailing a letter in the early 1800s could best be described as an exercise in masochistic uncertainty. Imagine, if you will, that the cost of sending a letter from Harrisburg to Lancaster was different from the cost of mailing to Lebanon, or York. But that’s how postal services the world over operated back then. You took in a letter, and a clerk would calculate the postage based on the distance the letter would travel.

Then it would be on its way, but you could never be sure it would be delivered. Back then, postage was charged to the people who received the letters and they had the option of refusing delivery. Not surprisingly, lots of mail got refused, and postal services lost money — LOTS of money.

Enter Rowland Hill, a retired schoolmaster who became Britain’s Postmaster. He initiated a study of the Post Office’s problems and proposed a series of reforms. Among them was to get the money upfront by making the mailer pay the postage. That may seem like a no-brainer to us, but it had been tried and failed, in other countries. Why should it work now? Because Hill’s analysis of the Post Office revealed an important fact –distance didn’t matter.

Almost all the expense of mailing a letter came from getting it into the system at one end, and getting it out of the system and delivered at the other. The actual transport costs didn’t change much, whether the letter traveled 10 miles or 100. This led to his most radical suggestion: a single postage rate of one penny for letters weighing up to 1/2 ounce. Because a lot of expensive bookkeeping and administration were eliminated, this rate could be much lower than the previous distance-based fees. And, he reasoned, if letters became cheaper to send, more people would write them.

After a few tussles with entrenched bureaucracy, Hill put his plan into effect. The penny black went on sale on May 6, 1840. (The image of Queen Victoria on the stamp, based on an 1834 portrait, would be used until her death in 1901.) Success was immediate, cheap, reliable mail delivered thousand of new customers. In 1840 alone the number of letters more than doubled, and it doubled again within 10 years. And in 1860, Rowland Hill became Sir Rowland Hill.

The interesting thing is that what Hill found with letters seems to apply to almost every communication and a delivery system devised. The big expense always seems to be getting something into and out of the system.

In terms of the physical delivery of goods, the best example of the “Hill Principle” at work is the container ship. The main expense of the container ship is filling up the containers, lowering them onto the vessel, then reversing the process at the delivery end. The cost of transport across a sea or seven, especially when divided up among the thousands of items carried in the containers, becomes so low economists and accountants sometimes find it’s easier to just zero it out.

But the most extreme example of this principle can be found in the radio and television industries, with which I have some passing acquaintance. At the sending end, somebody has to establish a transmitting station, which usually involves erecting an antenna and filling a building with pricey electronics. On the other end, somebody has to drop a few denarii to receive the signal — a few bucks for a radio, a few tens, or hundreds of dollars for a TV. But the signal itself, as it floats through the ether from either to hon, costs nuttin’ to nobody.

The times, and the technology, have changed. If someone wants to communicate with you, it’s more likely you’ll receive an email or text. (I honestly can not remember the last time I received or sent a personal letter.) And yet, the principles by which Sir Rowland Hill overhauled the British Postal Service-and ultimately every postal service in the world, still figure in our daily lives, which makes the “Penny Black” so much more than just the first postage stamp. 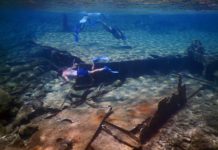 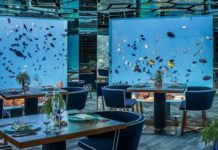 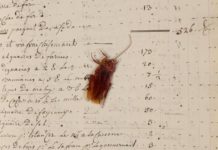