Gas prices in the United States are up 45 percent year over year. Diesel use by American truckers has increased by 75% and is now at an all-time high. However, this is not solely an American issue. The pain at the pump is felt worldwide. Product tankers, or ships that transport cargoes like diesel, gasoline, and jet fuel, are in a great position to profit.

According to preliminary data from the Energy Information Administration, US distillate fuel exports hit 1.74 million barrels per day (b/d) in early April, close to record levels (EIA). In April, total refined product exports in the United States increased by 28% year over year.

During a conference call on Wednesday, Anthony Gurnee, CEO of product-tanker owner Ardmore Shipping (NYSE: ASC), remarked, “There has been outright panic-buying of diesel.” Ardmore specialises on MR tankers, which have a capacity of 25,000 to 54,999 deadweight tonnes (DWT). As of Friday, modern-built MRs were earning $49,800 per day in the spot market, according to Clarksons Platou Securities. That’s more than four times the average rate for the entire year of 2021. The break-even pricing for such vessels, according to Clarksons, is $18,000 per day.

During a conference call on Wednesday, Lois Zabrocky, CEO of International Seaways (NYSE: INSW), said, “The world is really crying out for diesel, and that’s causing refinery margins to spike.”

During a conference call on April 28, James Doyle, head of corporate development at Scorpio Tankers (NYSE: STNG), indicated that the global diesel market is “very tight” and that the Russia-Ukraine conflict “has exacerbated the global diesel shortage.”

According to him, Russia exported around 1 million b/d of diesel to Europe before the invasion. That volume has plummeted. “However, Europe’s diesel deficit is not new,” he continued. “And the problem isn’t limited to Europe; similar diesel shortages exist in Latin America and Africa.“

“The largest rate hikes for our MRs were for our vessels heading from the US Gulf to Latin America,” Doyle explained, “which has less to do with Russia and Ukraine and more to do with increased demand.”

“We expect the market to tighten further with increased competition for distillate molecules as jet fuel demand returns. This is also having an impact on gasoline. With refineries running in max distillate mode, we are not building significant gasoline inventories ahead of peak driving season. As demand grows and inventories remain low, product tankers will need to be the conduit for filling the global supply-demand imbalance.” he added.

On gasoline, commodity expert Argus made the same point. “The lack of spare capacity is causing alarm as the summer driving season approaches,” Argus warned on Thursday.

“The situation is compounded by even higher middle-distillate margins, which have boosted supply of diesel over gasoline.”

During the COVID era, both crude and product tanker rates collapsed. Despite the lockdowns, oil production outstripped demand. The world’s stockpiles are brimming with cheap crude and trough-purchased goods.

Since then, instead of using tankers to import additional supplies, those inventories have been depleted (because new supply is much more expensive than the petroleum still in storage bought at the trough).

Stockpiles were already historically low months before Russia invaded Ukraine as a result of this strategy. “Welcome to the Great Diesel Squeeze,” a report issued by Alphatanker in November 2021, stated that “global gasoil and diesel markets are tightening at an alarming speed, with supply deficits now reaching important consumer markets globally, this occurrence occurred just after Russia invaded Ukraine.”

When asked why product tanker rates have risen so much higher than crude tanker rates, considering that oil stockpiles are also historically low, Chappell answered, “Usually the two categories are very associated, and usually crude leads and outperforms by measure of magnitude. However, we are no longer in regular times.”

“Crude tankers are doing really well in regions directly impacted by Russia’s invasion of Ukraine — the Black Sea, Baltic and the Med — owing to the higher insurance costs and risks of entering those markets. But overall, the crude markets have been balancing new longer trade routes with the inability of OPEC to meet quotas, Russia [being] offline, and China lockdowns. The market is better than it probably should be based on those latter factors, but the low inventories and longer ton-miles [voyage distances] are offsetting some of the macro headwinds.”

“Product tankers are benefiting from localized diesel shortages, high refinery margins … and massive trading arbs [arbitrages] that allow traders to pay much higher freight costs and still make a ton on the arb. Inventories are far too low globally and prices will likely remain elevated, forcing more trading in unusual trade lanes, tightening capacity and lifting that market well before and well above crude.” said Chappel.

Furthermore, he continued, “Eventually crude tankers will catch up, I think, if supply of crude can meet higher refinery demand. But right now, it’s a unique product story. And talking with my oil analyst, it’s hard to see how these diesel shortages ease or the strong tanker markets end,”

Clarksons Platou Securities stated that “product tankers are sailing up as the winning sector year to date” among the universe of listed shipowners.

According to Clarksons, rates are rising due to “exploding refining margins.” “The products industry is primed to gain further,” it said.

Scorpio Tankers and Ardmore Shipping’s equities were up 106 percent and 114 percent year to date, respectively, as of Thursday’s close. International Seaways, which owns both oil and product ships, has seen its stock rise 50% year to date.

International Seaways recorded a net loss of $13 million in the first quarter of 2022, down from $13.4 million the previous year. The adjusted loss of 29 cents per share was marginally better than the 30 cent loss predicted by Wall Street. 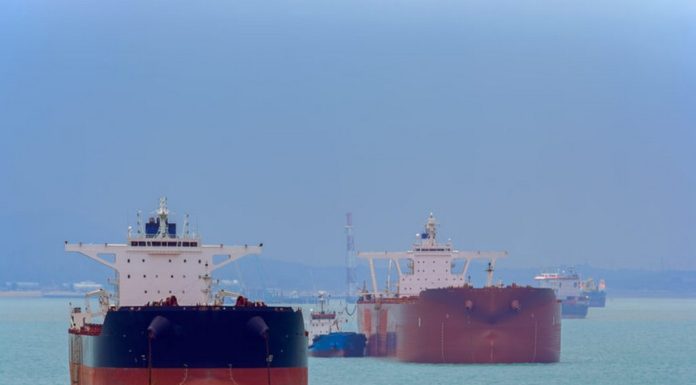