Japanese shipping companies are looking to reduce their reliance on the Suez Canal, reads an article in DW. They are stepping up their search for an alternative route connecting East Asia to key markets in Europe.

The ongoing problems following the grounding of a container ship, the Japanese-owned Ever Given, in the Suez Canal in March, has seen them step up their search.

Growing instability in the Middle East is a factor, but Ever Given’s owner Shoei Kisen Kaisha Ltd., based in Japan’s Ehime Prefecture, is also deeply unhappy that it has been caught up in a legal battle over the accident.

An Egyptian court granted a request by the Suez Canal Authority for the 400-meter vessel to be held until the owner pays more than $900 million (€737 million) in compensation.

The ship had been chartered by Taiwan-based Evergreen Line for the journey from China to the Dutch city of Rotterdam and was under the control of a local pilot for the passage through the canal. But it blocked the route for six days, costing the authority millions of dollars as no other ships were able to pass.

The owners have not been permitted to unload the ship’s cargo and the next court hearing has been set for May 22. If the owners are eventually forced to pay up, the biggest beneficiaries could be Russia and China, observers think.

“It is certainly a very sensible move for Japanese companies to at least look into alternative routes, although they must remember that each of those will also have drawbacks,” Yoshitsugu Hayashi, a professor of transportation policy and systems at Chubu University, told DW.

According to Hayashi, there are three alternative routes that are available to link East Asia with Europe, while a fourth is under development.

The first is a return to the journey around the Cape of Good Hope in South Africa, which was the route used before the 193-kilometer-long (120-mile) Suez Canal was completed in November 1869.

The obvious drawback is that it is significantly longer and therefore more expensive than the alternatives.

Another possibility that has attracted attention in recent years is the Arctic route, north of Russia.

This route has become increasingly navigable thanks to a thinning ice sheet in the summer months. This is a side-effect of rising global temperatures as well as improved ship technology that enables vessels to operate in waters that are at least partially covered in ice.

There are clear benefits: the journey is cut from approximately 38 days to just 19 days, dramatically reducing the amount of fuel that is needed and the pollution that is emitted.

Russia is also promoting the Trans-Siberian Railway as a direct link to Europe from its east coast port city of Vladivostok. The facilities are already in place, although there are concerns about the reliability of the Russian rail infrastructure. Nevertheless, Russian President Vladimir Putin appears to anticipate a windfall from the two potential routes.

In May 2018, Putin signed the executive order on national objectives for the coming six years, which included “reducing the time taken to ship containers by rail, in particular from the Russian Far East to Russia’s western border, down to seven days, and quadrupling the volume of transit container traffic by rail.”

The decree also calls for “developing the Northern Sea Route and increasing its cargo traffic by up to 88 million tons.”

One Japanese company, Hankyu Hanshin Express, launched its rail transport service using the Trans-Siberian Railway in January. It pointed out that the route takes two weeks less than by sea and is half the price of air transportation.

Packages from Japan are shipped to Vladivostok and then put on a train to the Polish city of Kutno, from where they can be sent to other parts of Europe. Danish shipping firm Maersk operates a similar service via rail link.

China also has ambitions to become the trans-shipment point for goods traveling back and forth between East Asia and Europe. Its Belt and Road Initiative (BRI) including a number of transport infrastructure components.

Chubu University’s Hayashi said promoting the Northern Sea Route and the Trans-Siberian rail link is a “very good idea” for Russia, which stands to earn a significant amount of money if enough companies adopt the routes.

Still, he cautioned that any courses that rely on Moscow or Beijing are “open to political and geopolitical struggles.”

Stephen Nagy, an associate professor of international relations at Tokyo’s International Christian University, said there are inherent risks for companies that deviate from the “tried-and-trusted Suez route.”

“The Arctic shipping route cannot operate year-round, and the Trans-Siberian rail link simply cannot handle the volume,” he told DW. “Yes, the Russians and the Chinese would very much like the economic opportunities that would come with these routes, but it would very much complicate Japan’s diplomatic relations with the US, for example.”

Mitsui OSK Lines, one of the largest shipping firms in Japan, was noncommittal on the issue of the Northern Sea Route, although it is clearly following the developments.

“That journey requires specialist vessels and it’s very hard in the winter months, so we do not see it as an option at the moment,” an official said. “But the route is becoming easier every summer, so perhaps it will be a possibility in the future.” 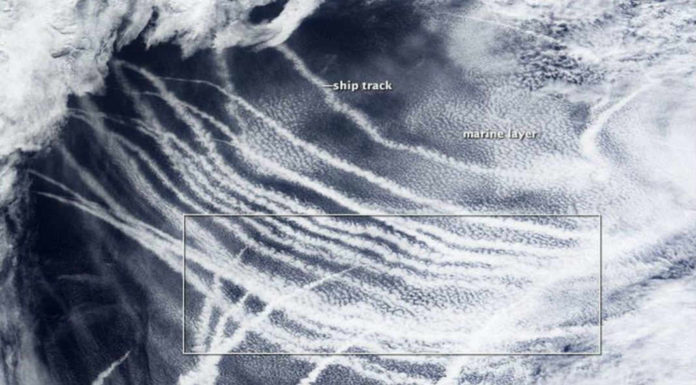 Cargo Ships May Be Causing More Lightning – Here’s Why

Wärtsilä and Cavotec Join Hands For A Combined Concept