The total climate footprint from production to combustion should be considered in the EU ETS for maritime, says an article published on Cision.

The World Shipping Council joins with Danish Shipping and renewable energy producers, shipowners and other organisations in an open letter to EU’s decision makers.

The European Commission has proposed to include shipping in the EU’s emissions trading system (ETS) as from 2023.

The crucial details in the regulation are currently being negotiated and therefore the World Shipping Council, Danish Shipping and several other organisations representing the full value chain behind green fuels are asking policy makers to push the regulation in the greenest possible direction.

In an open letter sent to central representatives in the tripartite meetings on the legislative proposal, the signatories emphasize the importance of looking at the climate impact of the new green fuels from extraction at the source to combustion.

“To support shipping’s transition to renewably produced marine fuels, the EU ETS must provide the right signal, taking into consideration the GHG emissions of fuels across their full lifecycle. We are concerned that the current ETS language for maritime unintentionally favours so-called brown fuels from fossil production that increase GHGs,” says Jim Corbett, the World Shipping Council’s Environmental Director for Europe.

In other words, when you set a price for the fuel emissions, it is important that a fuel is not considered green if it has left a significant climate footprint during extraction and production.

The open letter is sent to representatives of the European Parliament, the Council and the Commission in the tripartite meetings on the legislative proposal.

Europe, China, and US Can Reduce 84% Of Global Shipping Emissions 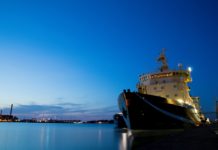 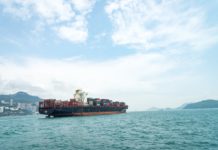