The goal is to make clean energy affordable, attractive and accessible for all this decade, to accelerate action towards the Paris Agreement and net zero pathways.

Mission Innovation 2.0 will catalyze public-private action and investment through sector-specific ‘missions’ that will accelerate the frontiers of innovation and drive down the cost of technologies by increasing public-private action in areas critical to global clean energy transition, starting with power systems, clean hydrogen and shipping.

The decade of innovation, as envisioned by Mission Innovation 2.0, has a projected investment of at least $250 billion (based on International Energy Agency data) by Mission Innovation members to accelerate the development of clean energy solutions in critical areas and reach tipping points in their affordability.

This includes $25 billion already budgeted by governments to invest by 2030 in major demonstration projects, which could expand to some $50 billion based on recent announcements.

Each ‘mission’ is led by a coalition of countries and brings together governments and the private sector to focus innovation efforts.

The ‘missions’ are underpinned by a new global Innovation Platform to strengthen confidence and awareness in emerging innovations and maximize the impact of national investments.

Green Powered Future – led by China, Italy and the UK – aims to demonstrate that, by 2030, power systems in different geographies and climates will be able to effectively integrate up to 100% variable renewable energy, such as wind and solar, in their generation mix and maintain a cost-efficient, secure and resilient system.

Clean Hydrogen – led by Australia, Chile, the UK, the US and European Union – aims to make clean hydrogen cost competitive to the end user by reducing end-to-end costs to $2 per kilogram by 2030. The mission will increase research and development in hydrogen technologies and deliver at least 100 hydrogen valleys across production, storage and end use of hydrogen worldwide.

Zero-Emissions Shipping – led by Denmark, the US and Norway, together with the Global Maritime Forum and the Maersk McKinney Moller Center for Zero Carbon Shipping – aims for ships capable of running on zero-emission fuels (such as green hydrogen, ammonia and methanol) to make up at least 5% of the global deep-sea fleet by 2030.

As part of the platform, India has today launched the Mission Innovation CleanTech Exchange which will create a network of incubators across member countries. The network will provide access to the expertise and market insights needed to support new technologies to access new markets globally.

In a joint statement launching Mission Innovation 2.0, energy, research and science ministers representing 22 countries and the European Commission stated, “As many governments and businesses around the world continue to commit to ambitious climate goals and to reach net-zero emissions, the need for innovation has never been greater or more urgent. To achieve the Paris Agreement, all sectors of the economy need access to cost competitive clean energy solutions this decade.”

In the statement, ministers committed to step up their collective ambition and cooperation, mobilize and connect global research, development and demonstration efforts to maximize the impact of these investments, build confidence in clean energy solutions, and develop pathways to deployment.

They also committed to develop National Innovation Pathways that describe how they will enhance ambition to pioneer clean energy technologies and/or sectors to meet their climate and energy goals up to 2030.

Mission Innovation is collaborating with a network of partner organisations worldwide to accelerate innovation. At the Innovating to Net Zero Summit, the European Commission and Breakthrough Energy Catalyst also announced a new partnership to support investments in clean technologies for low-carbon industries.

Fatih Birol, Executive Director at International Energy Agency (IEA) said: “The IEA’s Global Roadmap to Net Zero by 2050 shows that by mid-century, almost half the reductions in CO2 emissions will need to come from technologies that are currently at the demonstration or prototype phase. This means major innovation efforts are required by 2030 in order to bring these new technologies to market in time and scale them up over the coming decades.”

Since 2015, Mission Innovation member governments have increased clean energy innovation investments by a cumulative total of $18 billion. Investment is now $5.8 billion per year higher than in 2015.

Canada, Chile, Finland, Japan, the Netherlands, Norway, the Republic of Korea and the UK have doubled their levels of investment and Denmark, Germany, Sweden and the European Commission have increased investment by 75% or more against their 2015 baselines, according to Mission Innovation.

National investments have already supported the research, development or demonstration of nearly 1,500 innovations with the potential to avoid more than 21 gigatons of CO2 per year by 2030, if fully deployed. 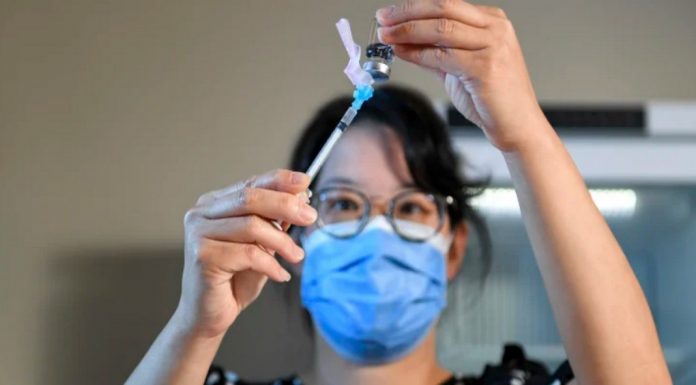 Pfizer and AstraZeneca Vaccines Effective Against A New Strain